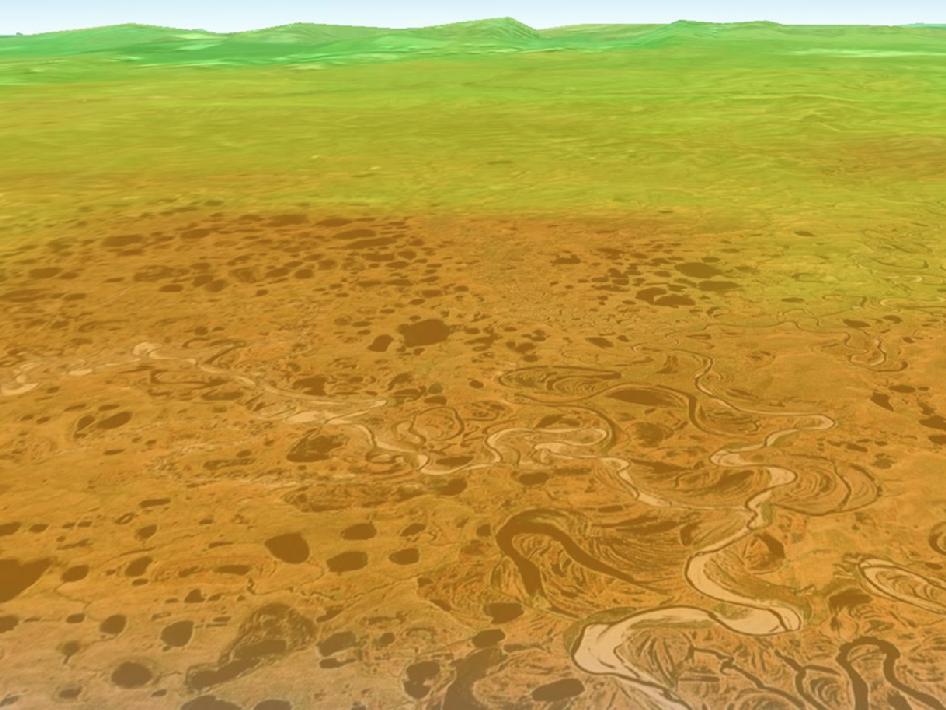 Bromine explosion on March 13, 2008 across the Alaskan North Slope looking south toward the Brooks Range at the horizon, which blocked the bromine from going further south into the Alaskan interior. The bromine explosion is depicted in the foreground by the red-orange areas, while the green shades at high altitudes on the Brooks Range represent areas where there was no increase in bromine.