Grow Text SizeShrink Text Size
NASA's Terra Satellite Captures Minnesota Blizzard Aftermath
The upper Midwest was hit by a powerful winter storm this past weekend as more than 17 inches of snow brought down the roof to the Metrodome football complex in Minneapolis. NASA's Terra satellite flew over the upper Midwest the next day and captured an image of that snowy blanket left behind. 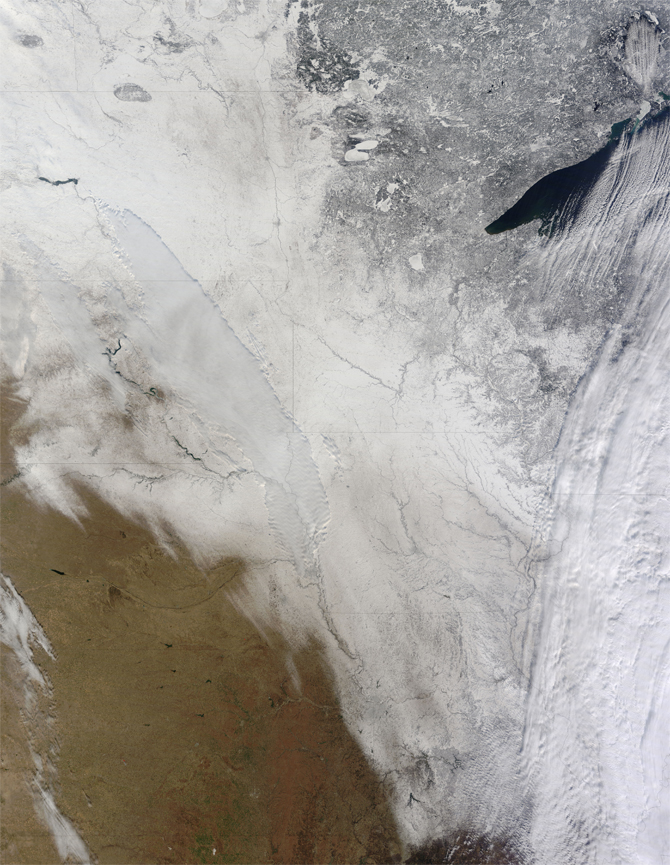 The image clearly shows the snowy blanket on the ground that covered South Dakota, southern Minnesota, eastern Iowa, northern Illinois, southern Wisconsin and Indiana. In the satellite image, northern Minnesota appears darker because there was less snowfall. The snow storm mostly affected the lower half of the state, which appears as a brighter white in the image.

The National Weather Service (NWS) reported that 17.1 inches of snow fell in Minneapolis and St. Paul, Minnesota on Saturday. Some of the suburbs of the twin cities reported as much as 21 inches of snow. NWS also noted that 60 mph wind gusts caused high snow drifts there and the Minneapolis airport was even closed for several hours on Dec. 11.