As scientists try to better understand and put together the puzzle of Earth's climate, the role of clouds remains one of the most important missing pieces. 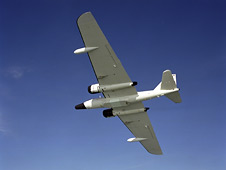 Researchers from four NASA centers, other U.S. agencies and several colleges and universities are set to participate in the Mid-latitude Airborne Cirrus Properties Experiment (MACPEX), an airborne field campaign based at Ellington Field, Texas, that aims to answer some major questions about clouds.

The campaign is scheduled to begin March 14, with science flights onboard the NASA WB-57 from March 28 to April 29.

"Initially it started as a question about the real characteristics of ice clouds in the lowest portion of the atmosphere, the upper troposphere. Past observations had shown ice particles are a lot smaller and lot more numerous than people thought they were," said Ken Jucks, Upper Atmosphere Program manager at NASA Headquarters in Washington.

"More recent measurements done at the tropics have shown that may not actually be true, but no measurements have been made at the mid-latitudes."

The campaign will study the composition of cirrus clouds -- high, wispy clouds made of ice -- and their relationship to Earth's "energy budget," the combination of incoming and outgoing energy or heat.

"Recent advances in instrumentation greatly improve our ability to accurately measure the sizes and numbers of ice crystals in cirrus clouds," said MACPEX project scientist Eric Jensen of NASA's Ames Research Center in Mountain View, Calif. "This information is critically needed to evaluate and improve representations of cirrus in climate models. We anticipate that MACPEX will ultimately lead to improved accuracy of climate predictions."

In addition to Ames and Headquarters, NASA facilities involved in the campaign are the Jet Propulsion Laboratory in Pasadena, Calif., Johnson Space Center in Houston, and Langley Research Center in Hampton, Va.

"Liquid water measurements and measurements of water in its gas form will be important. We will be trying to get those observations at the same time as particle observations because we need those as well to understand cloud formation processes," Jucks said.


Langley in the Sky 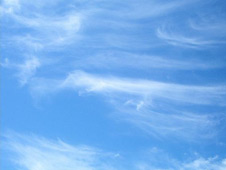 MACPEX marks the first time Langley's Diode Laser Hygrometer (DLH) will fly onboard the WB-57 to measure water vapor in cirrus clouds. "This instrument usually flies on the DC-8 but the WB-57 can get up to 63,000 feet up in the air where the cirrus clouds are located," said Glenn Diskin, DLH principal investigator.

Science flights during the campaign are being coordinated with observations from NASA's A-Train satellites, including CALIPSO, CloudSat, Aqua, and Aura.

The A-Train is a constellation of satellites that travel one behind the other, along the same track, as they orbit Earth. By combining different sets of nearly simultaneous observations from these satellites, scientists are able to gain additional insights into the working of the Earth system. During MACPEX, researchers will synchronize the flights with the A-Train to validate satellite with in situ measurements and evaluate remote-sensing measurements.

"Aircraft measurements are evolving, making it possible for us to evaluate and hopefully to lower the uncertainty in the satellite observations," said Patrick Minnis, principal investigator for the satellite component of the mission.