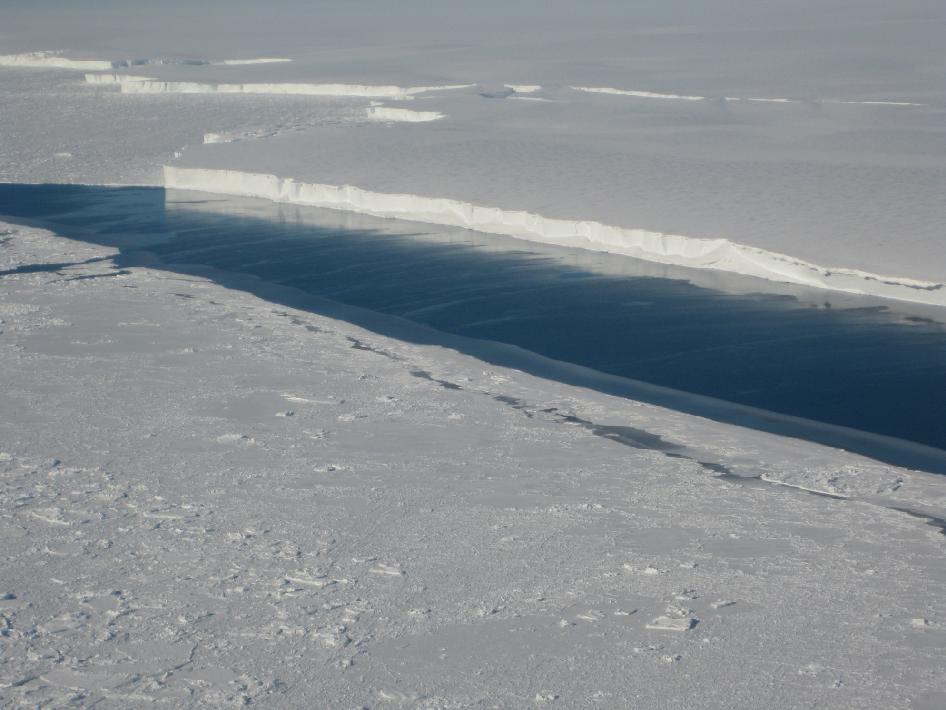 This photo shows the ice front of Venable Ice Shelf, West Antarctica, in October 2008. It is an example of a small-size ice shelf that is a large melt water producer. The image was taken onboard the Chilean Navy P3 aircraft during the NASA/Centro de Estudios Cientificos, Chile campaign of Fall 2008 in Antarctica.