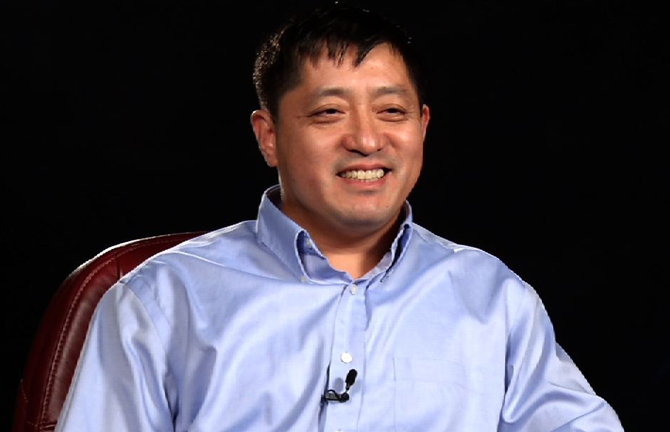 A new analysis of NASA satellite data shows that 64 million tons of dust, pollution and other particles survive a trans-ocean journey to arrive in the air over North America each year. The findings were published Aug. 2 in the journal Science. Hongbin Yu, lead author of the paper and an atmospheric scientist at the University of Maryland, College Park, and NASA's Goddard Space Flight Center, Greenbelt, Md., describes the finding and its health and climate implications.


What is the new finding?

This study is the first measurement-based estimate of the amount of airborne particles – called aerosols – that come to North America from overseas. We found that about 50 percent of aerosols in North America come from overseas, primarily dust and pollution from trans-Pacific transport, and also a little bit of dust from trans-Atlantic transport from Africa. The major component is dust through trans-Pacific transport.

What is an aerosol?

Aerosols are solid and/or liquid droplet suspended in the air. For air quality applications, they are often known as particulate matter, or simply PM. Many processes can generate aerosols: burning of forests or grasses, erupting volcanoes, winds lofting dust into the air, breaking ocean waves, burning coal in power plants, and driving cars, to name a few. Some aerosols are naturally generated and some are man-made.

Aerosols are tiny – generally less than one tenth of the diameter of a human hair – but they become visible to us when they collect in large amounts at the same time, such as in a dust storm, fire smoke, volcanic ash, and haze. Despite their tiny size, aerosols can have big impacts on the health of humans and the ecosystem, visibility, climate, weather and the water cycle.

What is a key takeaway from this study?

There has been concern about an emerging Asian economy and the increased pollution that will influence North American air quality and climate. But we found that dust makes large contributions here. So we cannot just focus on pollution. We need to consider dust. The take-home message is that this is a small world and we share one atmosphere. Every country is influencing other countries’ back yards.

What are the climate implications?

Aerosols remain a wild card in climate change science because they can influence climate in several ways, and our current understanding is far from complete. In this study, we estimated that aerosols from overseas contribute about one third of solar radiation reduction, or solar dimming, in North America. Also, dust and pollution can change atmospheric circulation with a significant impact on weather and the climate.

There are several other potential impacts that this study doesn’t address in detail. Dust and pollution aerosols can seed cloud and affect rainfall patterns. When dust and soot land on snow, the snow becomes darker and melts earlier. These influences can have important implications for water supply. Finally, changes in weather and climate will modulate the mixing and removal of pollutants and in turn affect air quality. Thus the climate and air quality implications should be assessed within a unified modeling system.

Do the imported dust and pollution aerosols impact air quality and human health?

Most of the particles that survive the trip across the Pacific Ocean are high in the atmosphere, above the air that humans breathe. Our study shows that only about 5 percent of trans-Pacific dust enters the continent within the lowest 1.2 miles (2 kilometers) of the atmosphere. So air quality implications may not be significant, except in the western part of North America and during intense episodes. In such episodes, the large amount of aerosol import could elevate PM concentrations to above the air quality standard, as recorded by previous observations. We believe that controlling near-surface domestic pollution is a more effective way of mitigating aerosols’ health effects.

Why is this study possible only now?

Satellite measurements have been used to track cross-oceanic transport of aerosols for more than three decades. However, a quantitative assessment only became feasible in recent years, thanks to the technological advances in NASA’s Earth-observing system. We now have a three-dimensional picture of the distribution of aerosols. Today’s satellites also measure particle size and shape, allowing us to separate dust from pollution. With these quality measurements, we can estimate the aerosol import to North America throughout the year.

Measurements from aircraft campaigns and surface networks are generally sporadic in space and time. The beauty of satellite observation is its extensive spatial coverage and routine sampling, making it suitable for monitoring the cross-oceanic transport of aerosols.