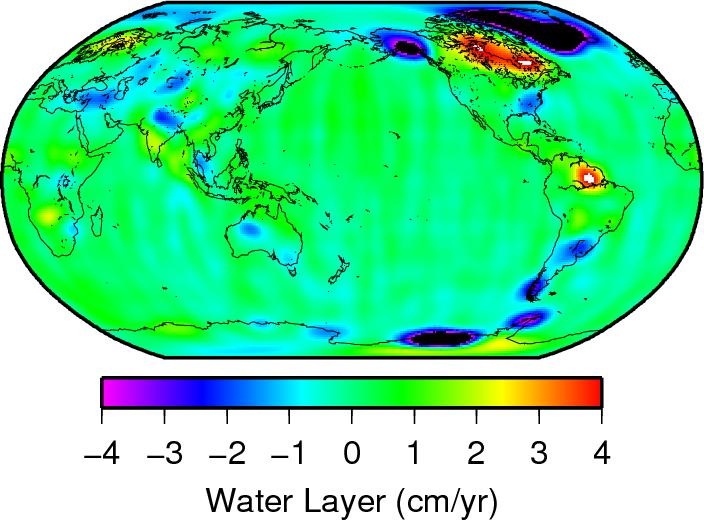 Trends in surface mass variations as observed by the GRACE mission over the period 2003 to 2009. The bluer tones indicate areas of mass loss, while warmer red tones indicate mass gains. Units are centimeters of equivalent surface water.
› Larger image 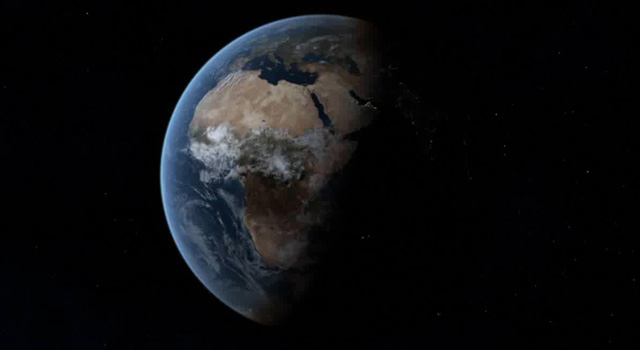 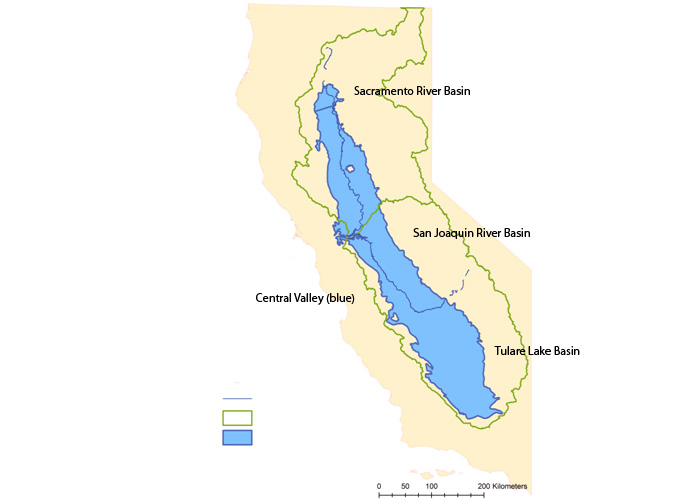 The combined Sacramento and San Joaquin River Basins cover an area of approximately 154,000 square kilometers. They include California's major mountain water source, the snowpack in the Sierra Nevada mountain range; and the Central Valley, the state's primary agricultural region.

Since GRACE sees all the water storage changes on land, in order to estimate the groundwater in storage change signal, the snow, surface water and soil moisture mass changes must be estimated and removed.
› Larger image 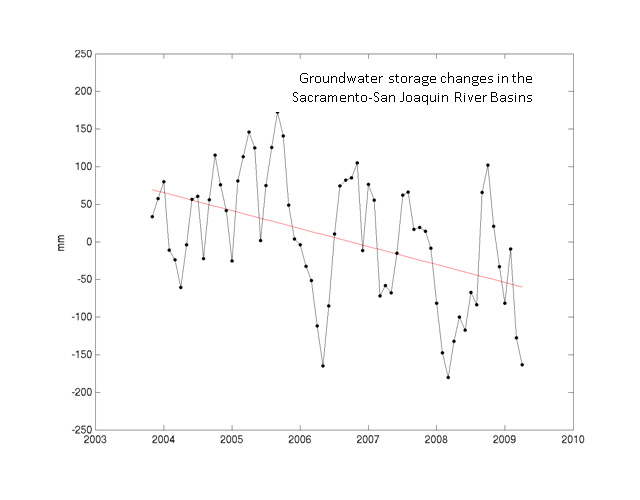 In the 66-month period analyzed, the water stored in the combined Sacramento and San Joaquin Basin decreased by more than 31 cubic kilometers, or nearly the volumne of Lake Mead. Nearly two-thirds of this came from changes in groundwater storage, primarily from the Central Valley.

The water table in NW India is declining at an average rate of 17.7 km3/yr 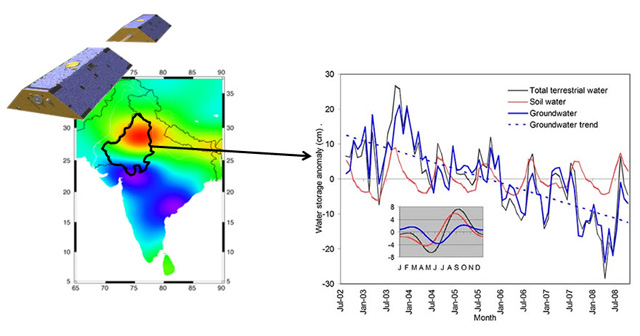 GRACE measures groundwater level variations, including groundwater depletion in northwest India. Since 2002, groundwater has been lost from that region at a rate of 17.7 km3 per year, largely due to pumping for irrigation.
› Larger image 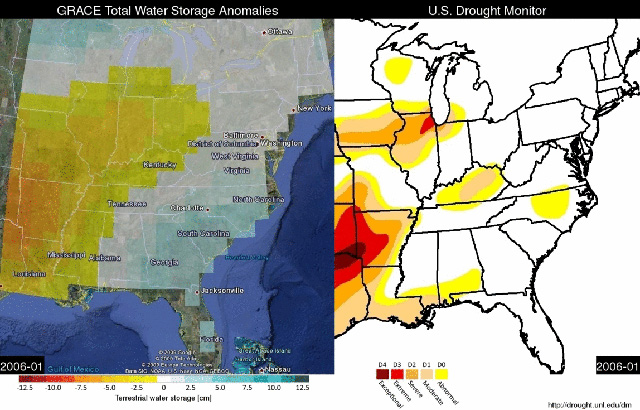 GRACE captured the evolution of the 2007-08 drought in the southeastern U.S., and may soon contribute to drought monitoring and prediction.
› Larger image

GRACE will soon contribute to drought monitoring and prediction tools

GRACE is the only satellite system able to monitor deep soil moisture and groundwater, hence there is great potential for it to contribute to drought monitoring tools, which currently lack that information. NASA, NOAA, and the University of Nebraska are testing the incorporation of GRACE data into two premier drought products, the U.S. and North American Drought Monitors.
› Larger image 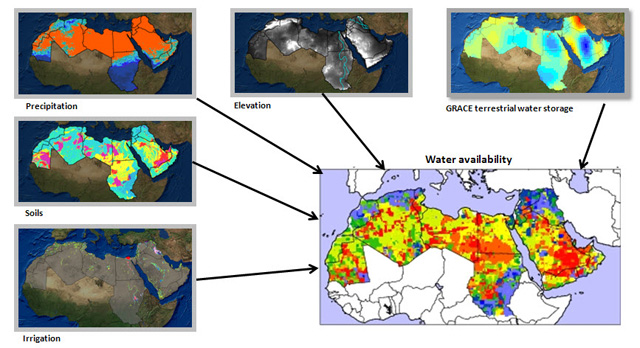 NASA, USAID, and partners in the Middle East North Africa region are teaming up to improve water resources assessments in that region by combining observations from GRACE and a variety of other sources.
› Larger image