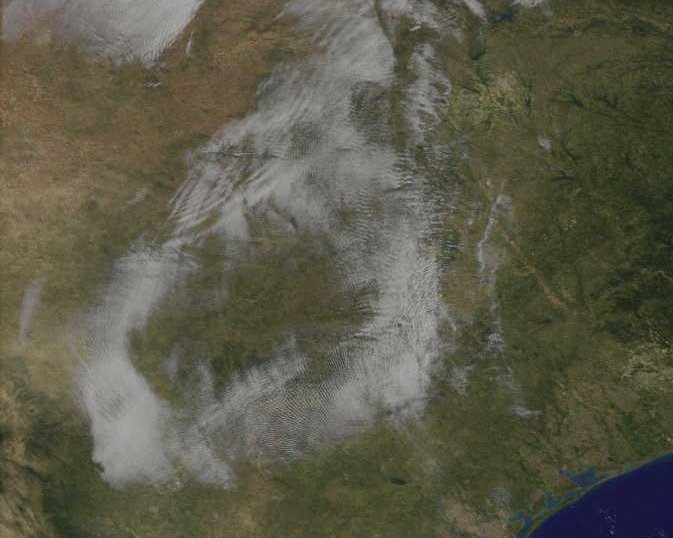 When you think of fog, you think of a blanket, but NOAA's GOES-14 satellite saw a ring of fog over the southwestern U.S. on Oct. 4.

Fog is water that has condensed close to ground level, producing a cloud of very small droplets that reduces visibility to less than one kilometer (three thousand and three hundred feet), according to the National Weather Service.

The Geostationary Operational Environmental Satellite (GOES-14) captured an image of a giant circle of fog near the Texas Panhandle on Oct. 4 at 1430 UTC (9:30 a.m. CDT). "Morning fog surrounded the great mesa in northwestern Texas and eastern New Mexico known as the ' "Llano Estacado," which is one of the largest mesas on the North American continent, and about the size of Indiana," said Dennis Chesters of the Mesoscale Atmospheric Processes Laboratory at NASA's Goddard Space Flight Center, Greenbelt, Md.