Where Deserts and Mountains Collide: Snowmelt and Disturbed Desert Dust

Dust emitted from natural and disturbed arid and semi-arid lands frequently deposits on mountain snow cover in winter and spring, increasing the absorption of solar radiation and dramatically accelerating snowmelt. Tom Painter, a cryospheric scientist, will describe a recent analysis of lake sediments showing that present dust deposition is 500 percent greater than that prior to the mid-19th century disturbance of lands in the western United States by agriculture and grazing animals. With land- and space-based measurements, Painter shows that snow cover duration in the Colorado River Basin is shortened by one month due to this acceleration of melt and that runoff comes much earlier. These results indicate that present day snow cover and hydrology are markedly different now than in the 19th Century, independent of climate change. However, with the drying and warming projected for the desert southwestern United States and other deserts of the globe, dust emission and its effects on critical global water resources are likely to increase. 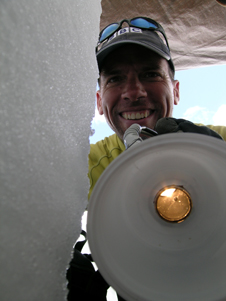 Photo of Tom Painter. Credit: NASA About the Panelist

Thomas Painter is director of the Snow Optics Laboratory and assistant professor in the Department of Geography University of Utah, Salt Lake City. His research spans the fields of snow hydrology, climate change and water resources through remote sensing and spectroscopic and robotic instrumentation for the field and laboratory. His research has made fundamental breakthroughs in two interdisciplinary areas: the first is the hydrologic, radiative, ecological, and water management impacts of dust in mountain snow. The second area involves the development of cutting-edge remote sensing models and instrumentation for retrievals of snow and ice properties, and their integration with hydrologic and climate modeling. More > 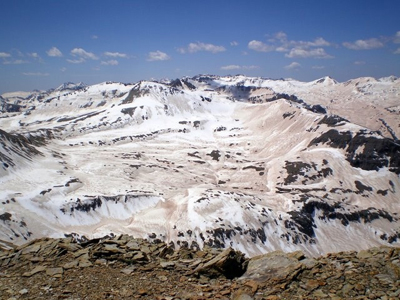 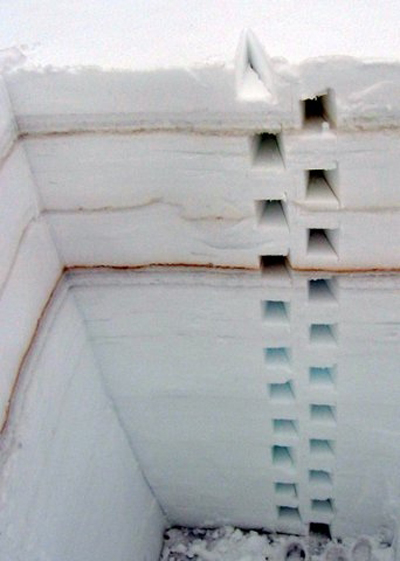 Figure 2: This image shows the profile of the snow pit at Rabbit Ears Pass, in the Rocky Mountains of northern Colorado, in mid-April 2009. The three distinct dust layers represent the accumulation of nine dust events that had occurred by April 17. Three subsequent dust layers fell on the snowpack of the Colorado River Basin in the following three weeks. Credit: Chris Landry, Center for Snow and Avalanche Studies 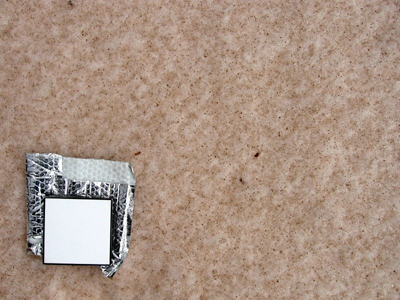 Figure 3: Dust-laden snow surface in the central Colorado Rockies in mid-April 2009 is compared with a near 100 percent reflectance panel as a reference for determining the decrease in snow reflectivity due to dust. The measure of visible solar reflectivity, or "albedo," of the dusty snow is 0.61 relative to clean snow albedo of 0.98. That means that clean snow reflects nearly all of the incident sunlight in the visible wavelengths, while dusty snow absorbs a huge amount -- about half -- of that sunlight. Credit: Thomas H. Painter, Snow Optics Laboratory