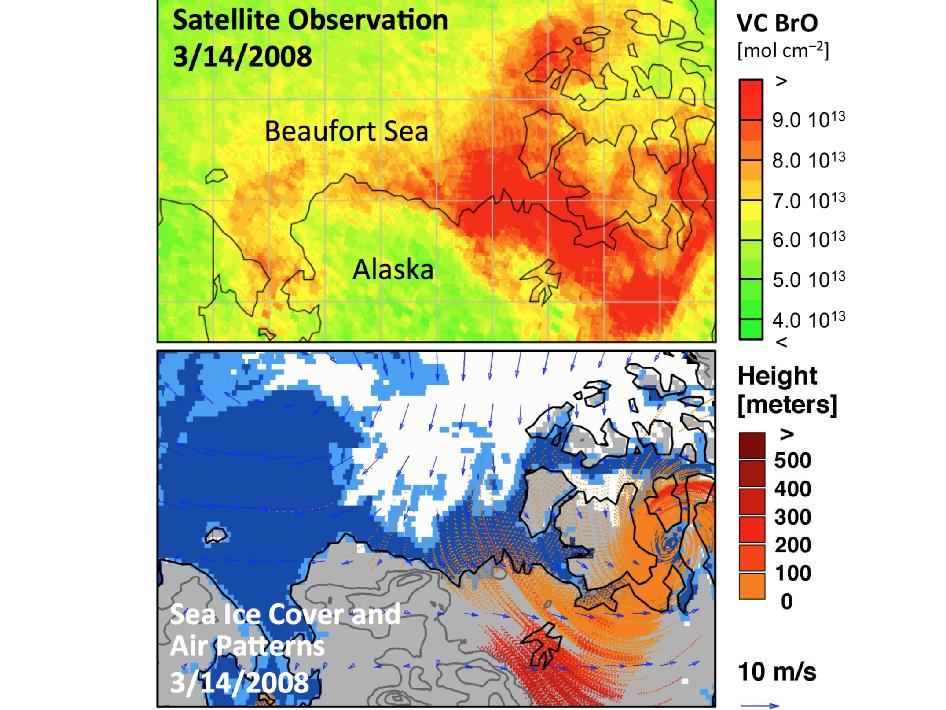 Bromine explosion observed by scientists at the University of Bremen on March 14, 2008 over Alaska and the Beaufort Sea (upper panel), using data from the German Aerospace Center (DLR)-developed Global Ozone Monitoring Experiment-2 (GOME-2) instrument aboard the European Organization for the Exploitation of Meterological Satellites (EUMETSAT) MetOp-A satellite. The data reveal a vortex (spiral) pattern on the left side of the image. The lower panel shows sea ice cover at the time, as measured by NASA’s QuikScat spacecraft. Perennial ice is shown in white, while salty seasonal ice is depicted in dark blue. The distribution of bromine conforms to the cold rising air patterns at the time, including the vortex, and traces the transport of bromine in the troposphere, mostly at altitudes less than 500 meters.