Grow Text SizeShrink Text Size
Top 5 Earth Snapshots of NASA's Twitter, Facebook Fans
For fans of NASA's social media, every day is Earth Day. NASA posts a continuous stream of new images from the agency’s fleet of 13 Earth-orbiting satellites and many research aircraft to the agency's website as well as on Twitter and Facebook. NASA's collective eyes on Earth are pioneering scientists' ability to see our home planet around the clock in order to better understand how it works.

More than just showcasing inspiring views of our the planet, NASA's advanced scientific spacecraft are dedicated to unraveling the complex factors that drive Earth's climate system and providing far-reaching benefits to society in areas such as disaster management, weather forecasting and agriculture. News and feature articles on all of these activities are also posted to the agencies social media accounts.

The most popular Earth science images posted to NASA's Twitter and Facebook accounts range from breaking news like natural disasters to iconic images of our planet and the just plain beautiful. Here are the top five: 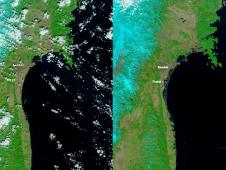 Post-Tsunami Flooding in Sendai, Japan
The disastrous earthquake and resulting tsunami that struck Japan on March 11 flooded the coastline near Sendai, as seen in this image from NASA's Aqua satellite. 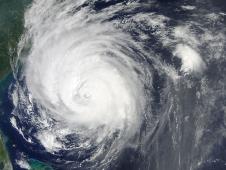 Hurricane Earl off the U.S. East Coast
A category 3 hurricane named Earl grazed the United States' eastern seaboard on Sept. 2, 2010. This image was captured by NASA's Terra satellite as the storm was about 250 miles south of Cape Hatteras, N.C. 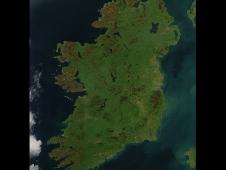 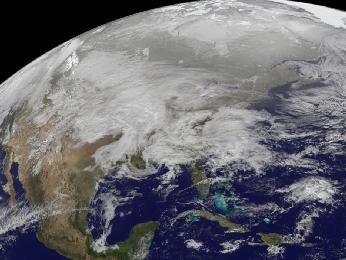 Major U.S. Winter Storm
On Jan. 31, 2011, a large winter storm stretched across the central United States leaving a band of snowfall from Arizona to Wisconsin. The image was produced by NASA's Goddard Space Flight Center from data acquired by the National Oceanic and Atmospheric Administration's GOES weather satellite. 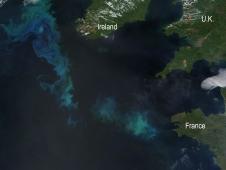 North Atlantic Phytoplankton Bloom
Spring and summer in the North Atlantic bring the sometimes explosive growth of tiny phytoplankton. This bloom captured on May 22, 2010, by NASA's Terra satellite, formed an arc hundreds of miles across.