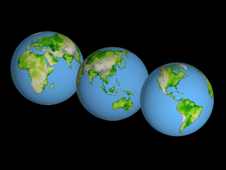 Take a whirl aboard the "mission that mapped the world's" 10th anniversary tour.
› View interactive 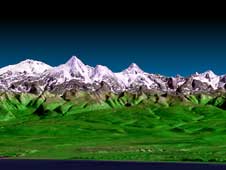 Hop aboard as we take you on a virtual tour of some of the more "uplifting" topographic features of our home planet: http://www.nasa.gov/topics/earth/features/srtm/srtm20100211.html.