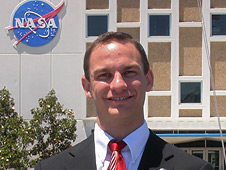 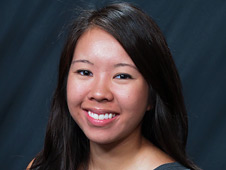 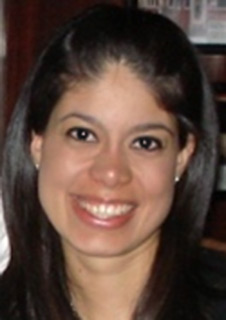 Following a two-round International Astronautical Federation (IAF) YouTube competition, the three NASA Applied Sciences DEVELOP participants were awarded half of the available panelist seats as part of the plenary.

The DEVELOP program is run from NASA's Langley Research Center in Hampton, Va., in which students work on Earth science research projects, mentored by science advisors from NASA and partner agencies, and extend research results to local communities. The projects demonstrate to community leaders how NASA science measurements and predictions can be used to address local policy issues.

"Inter-generation Visions for Earth Observations in the 21st Century" provides an opportunity for the selected panelists to share their experience-based ideas on how Earth observation systems can be improved, sustained, and utilized for decision making activities.

"Gaining a panelist place at the IAC has not only opened a networking opportunity, allowing me to meet and interact with the people involved in one of the most important scientific fields, but also has allowed me the experience of sharing what I have learned by working at DEVELOP to enhance the quality of life for local communities in Mexico," says Villa.

Jones feels similarly to Vanessa about his role in contributing to the remote sensing community. Before departing for South Africa, he said, "As a student, DEVELOP contributed immensely to my professional development. Now, I hope that I can give back a small part of what has been given to me. At the IAC, I hope to inspire conference participants to return to their home countries and expand Earth science opportunities for students."

The IAF is a worldwide federation of organizations active in space that advances the knowledge about space and the development and application of space assets for the benefit of humanity, a mission it shares with DEVELOP.

Katrina Laygo keeps societal benefits as the basis for her work, saying, "Participating in the IAC plenary [helped] me further realize my own potential and goals for positively impacting our communities at home and abroad, especially within the realms of disaster management and public health."

The IAC plenary featuring the DEVELOP interns will be moderated by NASA's Director of the Earth Science Division, Michael Freilich and Co-chair of the intergovernmental Group on Earth Observations (GEO), Philemon Mjwara.