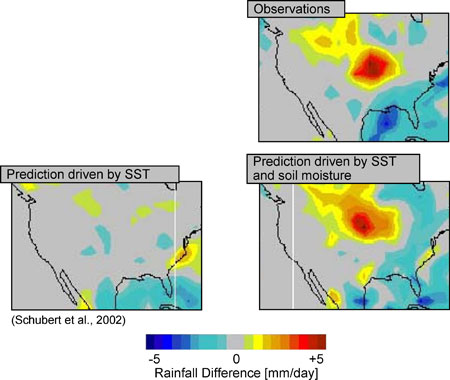 Figure 1: Climate predictions will be improved with the use of the soil moisture data provided by SMAP. Water and energy transfers between the surface and the atmosphere are primary drivers of weather and climate. The predictability of seasonal climate is dependent on surface boundary conditions such as sea surface temperature (SST) and soil moisture. Soil moisture is particularly important over continental interiors where it is the main influence on prediction accuracy. 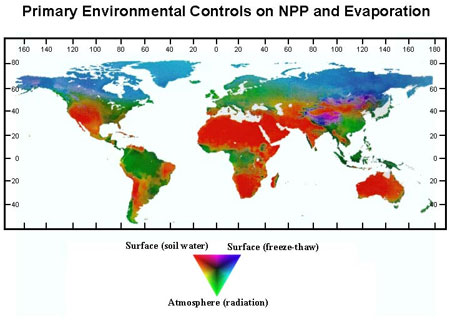 Figure 2: SMAP observations are of greatest value for weather and climate forecasts in regions where soil moisture and freeze/thaw are the dominant influences on surface fluxes, indicated by the red purple and blue regions. SMAP will produce high-resolution and high-accuracy global maps of soil moisture and freeze/thaw state every two to three days. 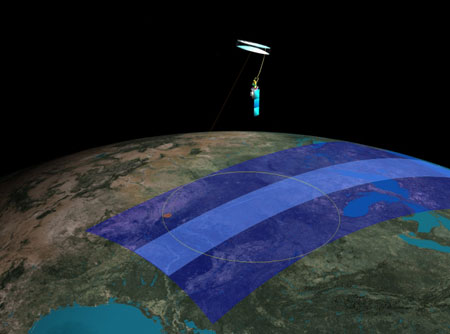 Figure 3: SMAP will operate in a Sun-synchronous low-Earth orbit at an altitude of 670 kilometers. It will employ a microwave radiometer and a high-resolution radar that share a rotating 6-meter mesh antenna. The radiometer and radar operate at low microwave frequencies that can penetrate through clouds and most vegetation, allowing observations to be made in nearly all-weather conditions and over all land regions where soil moisture and freeze/thaw observations are of critical importance. The conical scan pattern of SMAP will map out a swath 1000 kilometers wide. 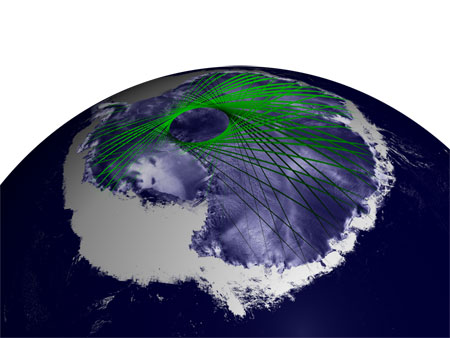 Figure 4: ICESat's orbit was designed to maximize coverage over the great polar ice sheets, where ground tracks overlap to create an intricate grid of data points. The accumulation of these data points in the Southern Hemisphere results in a new three-dimensional elevation model of Antarctica. ICESat-II will increase the number of data points collected each year by more than six times compared to its predecessor once it is launched in 2015. 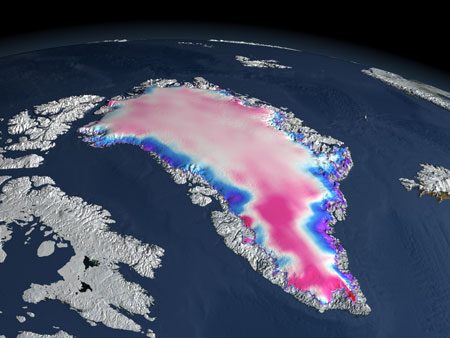 Figure 6: A critical thinning of the Arctic sea ice surviving the summer melt season is shown in these maps of sea ice thickness derived from ICESat measurements of freeboard, which is the height of snow-covered sea ice about the water level. In October 2003, about half of the ice was thicker than 2 meters, but only four years later most of the ice thicker than 2 meters is gone. Other satellite measurements have shown that the area of sea ice has been declining rapidly, but these first-time comprehensive maps of sea ice thickness show that the volume of sea ice is declining even faster than the area.