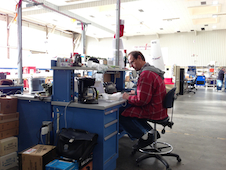 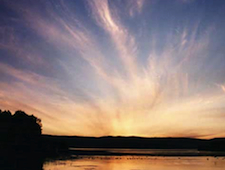 Click image for full resolution.
The ATTREX mission will fly over the tropical Pacific Ocean this winter when the region is coldest and extremely dry air enters the stratosphere. Image credit: NASA
On Jan. 16, 2013, NASA will deploy the first experimental flight of a multi-year airborne science campaign to investigate unexplored regions of the upper atmosphere and how its chemistry is changing Earth in a warming climate. The Airborne Tropical TRopopause EXperiment (ATTREX) mission will give scientists the information they will need to better understand and predict this phenomenon.

Flying a NASA Global Hawk unmanned aerial system up to 65,000 feet above the tropical Pacific Ocean, the aircraft will carry a suite of specialized instruments to measure moisture and chemical composition, radiation levels, meteorological conditions, and trace gas levels. Scientists hope to collect unprecedented data from the tropopause, the boundary between the troposhere (where most weather occurs) and the stratosphere.

“Ultimately, we want to improve our mathematical models to predict climate change,” said Eric Jensen, ATTREX principal investigator at NASA’s Ames Research Center in Moffett Field, Calif. “This is our first opportunity to sample the tropopause region during winter in the Northern Hemisphere when the region is coldest and extremely dry air enters the stratosphere.”

A key focus of the mission is water vapor and its effect on Earth's energy budget, ozone layer and climate. Studies have shown that even small changes in stratospheric humidity may have significant climate impacts. Climate researchers believe that greenhouse gases cool the stratosphere, which allows a greater number of clouds to form. Water destroys ozone. Since clouds are controlled by moisture, their accumulation in certain parts of the lower stratosphere can greatly impact the presence of ozone.

To better understand these phenomena, data are needed about how the air circulates through the tropopause, where chemical compounds enter the stratosphere. Without this understanding of how water vapor circulates in this layer, researchers won’t be able to build the climate models for accurate predictions.

Led by Jensen and project manager Dave Jordan, also from NASA Ames, six science flights will occur between Jan. 16 through Mar. 15, 2013 near the equator and off the coast of Central America. Last November, engineering test flights ensured the instruments’ functionality and the aircraft’s ability to operate at the very cold temperatures encountered at high altitudes in the tropics. The unmanned Global Hawk, which is capable of 24 to 30 hours of flight, is operated and managed by NASA’s Dryden Flight Research Center, Edwards, Calif.

The science team is planning foreign deployments to Guam and Australia in 2014. Scientists hope to use the acquired data to improve global model predictions of stratospheric humidity and composition.

For more information about the ATTREX mission, click here.

For the media, a digital press kit is available.