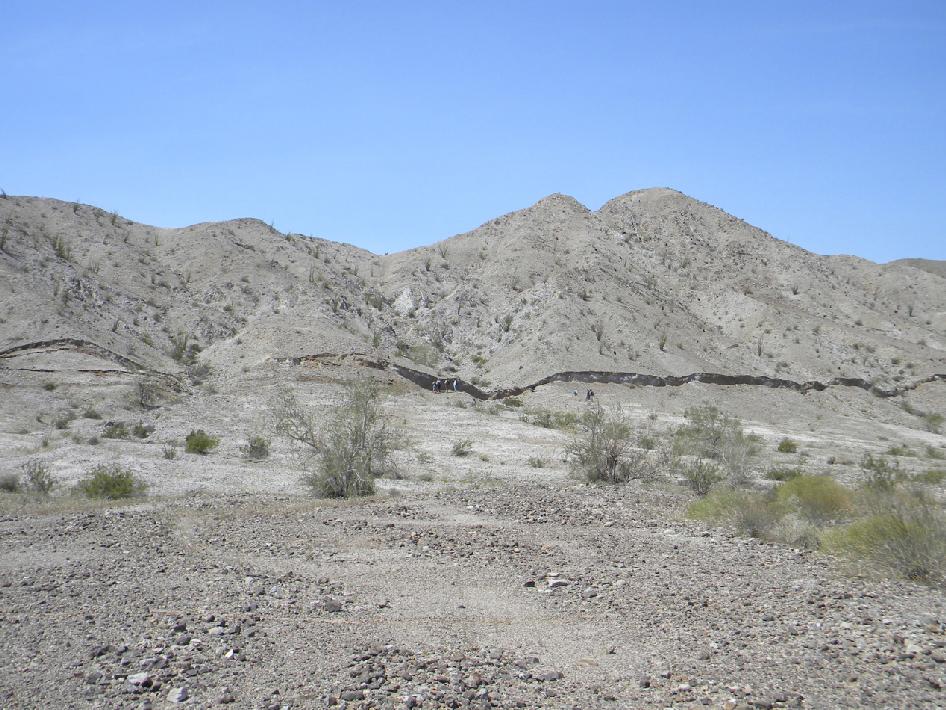 This five-foot-high (1.5-meter-high) surface rupture, called a scarp, formed in just seconds along the Borrego fault during the magnitude 7.2 El Mayor Cucapah earthquake in northern Baja California on April 4, 2010. Topographic surveys of the surrounding landscape reveal the complexity of earthquake deformation, including how this fault interacted with adjacent faults and the surrounding volume of rock.