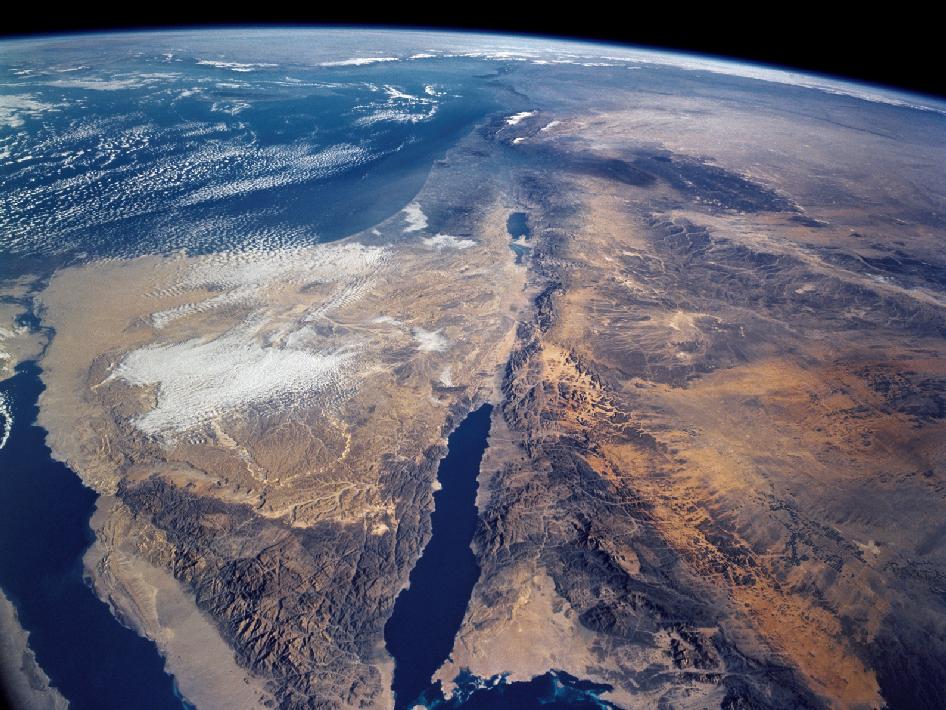 5. The Sinai Peninsula and the Dead Sea Rift

Expert comments: "One of the last missions to use film cameras was STS-109. As in the case of 80 percent of the human-tended spaceflights that preceded it, the Sinai Peninsula and the Dead Sea were chosen by the crew members as a photographic target of opportunity. In many images over this area, borders between countries can be delineated because of varying agricultural practices, etc. This image does not show the Nile River and its Delta (out of frame to the left) but a large number of panoramas over this area do include the Nile." Full caption: http://spaceflight.nasa.gov/gallery/images/shuttle/sts-109/html/sts109-708-024.html