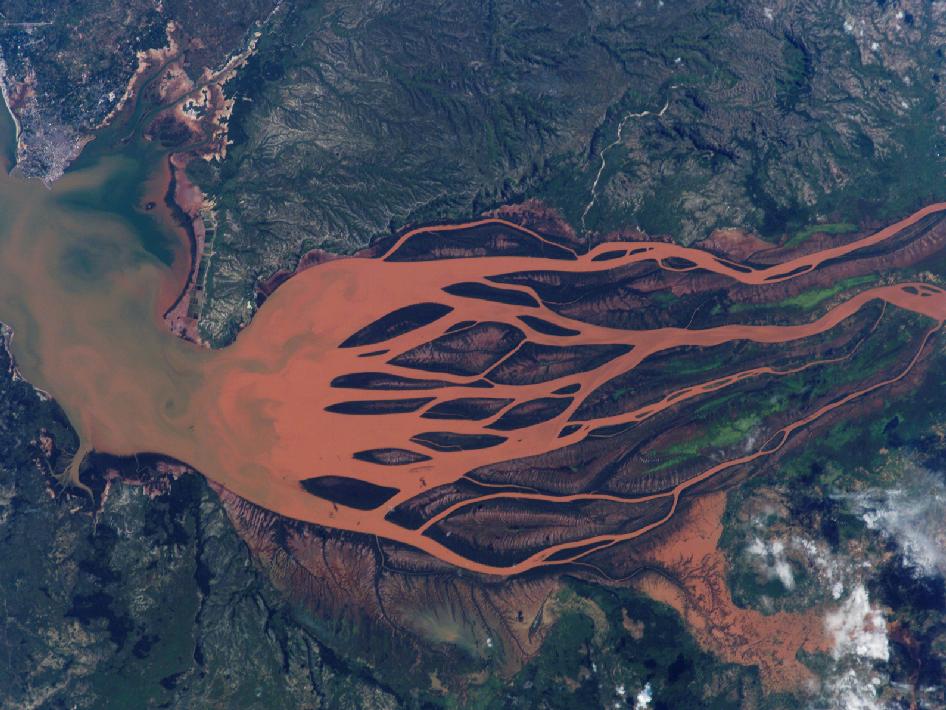 2. Mouth of the Betsiboka River, Madagascar

Expert comments: "More than just an eye-catching scene from space, this image of the Betsiboka Estuary on the northwest coast of Madagascar reveals the mouth of the country’s largest river and one of the world’s fast-changing coastlines. Nearly a century of extensive logging of Madagascar’s rainforests and coastal mangroves has resulted in nearly complete clearing of the land and fantastic rates of erosion. After every heavy rain, the bright red soils are washed from the hillsides into the streams and rivers to the coast. Astronauts describe their view of Madagascar as 'bleeding into the ocean.' One impact of the extensive 20th century erosion is the filling and clogging of coastal waterways with sediment - a process that is well illustrated in the Betsiboka estuary. In fact, ocean-going ships were once able to travel up the Betsiboka estuary, but must now berth at the coast. Because of these changes it is very important for astronauts and satellites to keep monitoring particular areas like Betsiboka so that scientists can be made aware of the implications of such changes." Full caption: http://spaceflight.nasa.gov/gallery/images/station/crew-10/html/iss010e19333.html