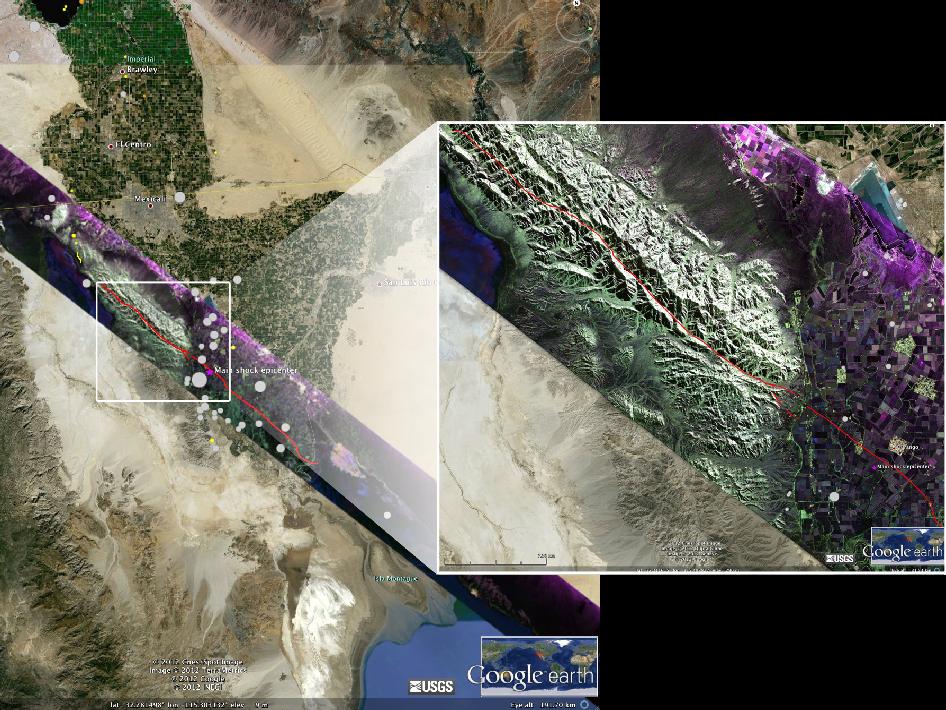 False-color composite polarimetric image over the fault ruptures (red lines) of the April 2010 El Mayor Cucapah earthquake in northern Baja California, acquired Feb. 3, 2012 by NASA’s Uninhabited Aerial Vehicle Synthetic Aperture Radar (UAVSAR), overlaid on a Google Earth map. The U.S.-Mexico border is shown by a yellow line extending horizontally across the upper third of the image. The Gulf of California is in the lower right. Gray circles denote large historical earthquakes, with yellow and orange dots show earthquakes within the last week and day, respectively. In the inset, taken from the central part of the fault rupture, greenish shades are rocks and gravel in the Cucapah Mountains, while purplish tones are smoother soil in the Mexicali valley to the east. This image will be combined with other images of the same area to be acquired during future flights in order to measure the motion of Earth's surface during the time between images using a technique called interferometry. The interferometric measurements will allow scientists to study the pressures building up and being released on faults at depth.