Grow Text SizeShrink Text Size
NASA Celebrates Earth Day 2012 in the Washington Area
NASA is taking part in the celebration of Earth Day's 42nd anniversary on the National Mall in Washington from April 20 through April 22. The agency's involvement includes three consecutive days of activities and exhibits open to the public. Additional activities are scheduled at nearby NASA Goddard Space Flight Center in Greenbelt, Md. 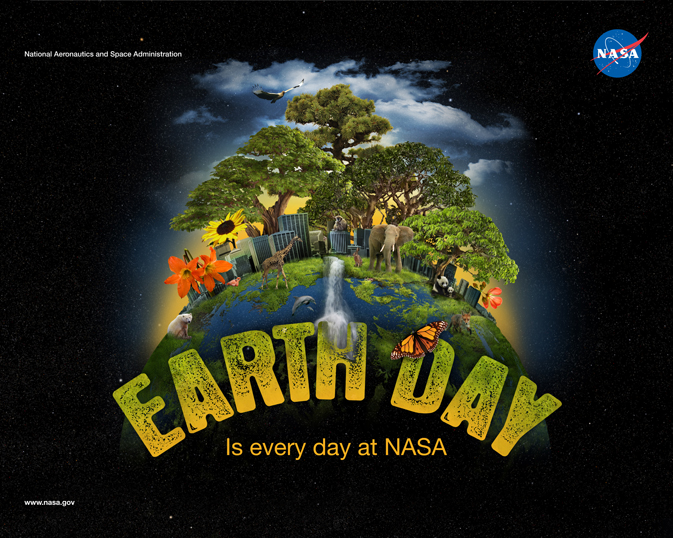 NASA's Earth Science Mission seeks to understand Earth's systems and their responses to natural and anthropogenic (human-made) changes. A fleet of satellites in NASA's Earth Observing System gives scientists the global, long-term measurements they need to connect the atmosphere (air), lithosphere (land), hydrosphere (water), cryosphere (snow/ice), and biosphere (life) as a single system. NASA works with many other partners from government, industry, academia, and international space agencies on the satellite missions that make up the EOS series. (Credit: NASA)
› Larger image
The "NASA Village" on the National Mall will contain activities and exhibits in three tents that highlight the use of NASA science and technology to advance knowledge and awareness of our home planet. The area is located one block west of 12th Street and the Smithsonian Metro station entrance. 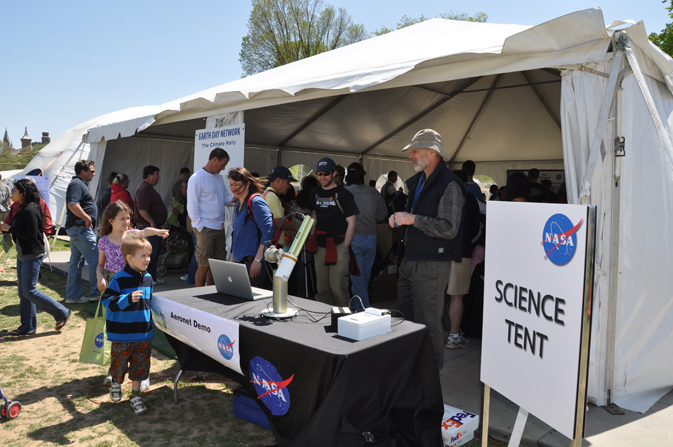 The NASA Village science tents features many "hands on" demonstrations, activities, and handouts to illustrate the capabilities of Earth Science Research. (Credit: NASA/Christopher Chrissotimos)
› Larger image
The Earth and Activities tents will host exhibits and hands-on demonstrations throughout the weekend. Activities include the Weather Versus Climate game, a "Go Green" environment challenge, and Earth Science Pursuit. The Green Theater will feature large satellite images and presentations by NASA scientists and others.

On Earth Day, April 22, a performance stage hosted by the Earth Day Network will feature presentations by NASA along with a wide variety of entertainment. 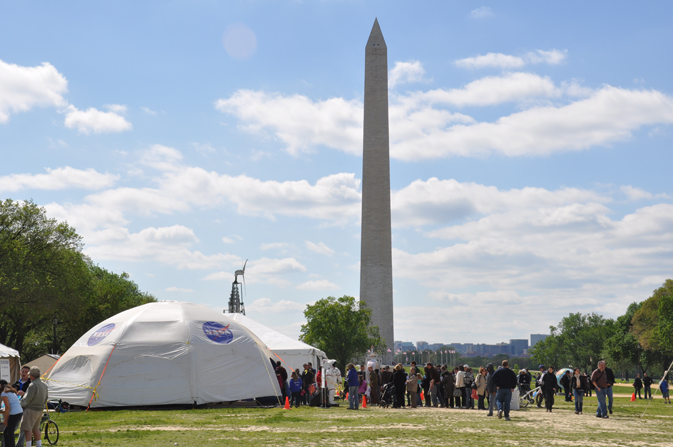 View of the line of visitors to the NASA Village exhibits. The Washington Monument is visible in the background. (Credit: NASA/Christopher Chrissotimos)
› Larger image
Below is a schedule of NASA Earth Day events on the Mall.

For information about other Earth Day activities on the Mall, visit:

For directions to the NASA Goddard Visitor's Center, visit: