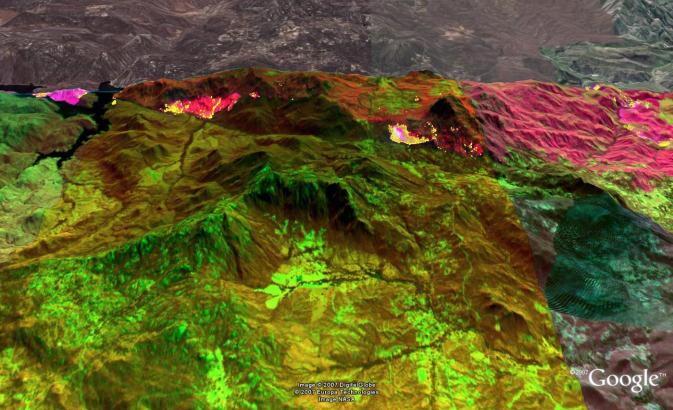 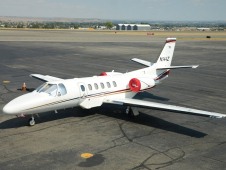 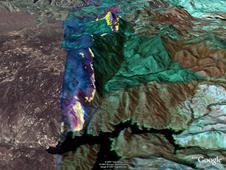 The Autonomous Modular Sensor (AMS) is a scanning spectrometer designed to help detect hot-spots, active fires, and smoldering and post-fire conditions. Scientists at NASA's Ames Research Center in Moffett Field, Calif., and USFS engineers installed it on a Cessna Citation aircraft that belongs to the Forest Service. The USFS plans to use it in operational fire imaging and measurement.

The western United States is expected to have continued droughts this year resulting in increased potential for fire outbreaks, according to the National Interagency Fire Center (NIFC) in Boise, Idaho. To help mitigate fire danger, NASA researchers and USFS firefighters are collaborating to improve fire management capabilities

The sensor has been modified to fly on various crewed and uncrewed platforms, including NASA's Ikhana remotely piloted aircraft, a Predator-B modified to conduct airborne research. Between 2007 and 2010 the AMS flew on the Ikhana and NASA's B-200 King Air to demonstrate sensor capabilities, support national and state emergency requests for wildfire data, and ensure its operational readiness.

Data gathered during those flights was used to develop and test algorithms for scientific programs that monitor changes in environmental conditions, assess global change and respond to natural disasters.

The Autonomous Modular Sensor will be operated daily over wildfires throughout the United States, providing an unprecedented amount of data to the fire research and applications communities. USFS also will use the sensor to support other agency objectives, such as vegetation inventory analysis and water and river mapping.

"I see tremendous opportunity for my agency and other land management agencies to benefit from the application of NASA-developed technology," said Everett Hinkley, national remote sensing program manager with USFS in Monterey, Calif. "The AMS expands our current capabilities and offers efficiencies in a number of remote-sensing applications including fire, post-fire and forest health applications."

NASA will continue to support the Forest Service's use of the Autonomous Modular Sensor. Researchers with NASA and other agencies will have access to the data and can request mission use through partnerships.