NASA Climate Change 'Peacemakers' Aided Nobel Effort
It's not every day that a NASA scientist can wake up and think, "Hey, I did something for world peace." But on Monday, Dec. 10, many NASA Earth scientists did exactly that.

In Oslo, Norway, the chairman of the Norwegian Nobel Committee presented the shared 2007 Nobel Peace Prize to former U.S. Vice President Al Gore and to representatives of a United Nations panel that has spent two decades assessing Earth's changing climate and predicting where it is headed. Hundreds of NASA scientists, including some from JPL, contributed to the United Nations effort, working with thousands of their colleagues from more than 150 countries. 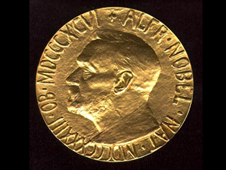 The 2007 Nobel Peace Prize awarded this month honors the work of climate scientists around the world, including many at NASA. Click image for enlargement. Announcing the Nobel Peace Prize, the Norwegian Nobel Committee said the scientific reports issued since 1990 by the United Nations Intergovernmental Panel on Climate Change (IPCC) have "created an ever-broader informed consensus about the connection between human activities and global warming." The peacemaking value of this scientific finding, according to the committee, is that human-induced changes in climate may cause "large-scale migration and lead to greater competition for the Earth's resources" and an "increased danger of violent conflicts and wars."

The Fourth IPCC Assessment, released this year in four reports, presented the strongest findings thus far that human activities are altering Earth’s climate and that the impacts of climate change are occurring already.

As the First IPCC Assessment was reported in 1990, NASA built on a history of Earth remote sensing to develop and deploy the Earth Observing Satellite system to determine the extent, causes and regional consequences of global climate change. In the recent Fourth Assessment, scientists were informed by more than eight years of systematic, global observations of the Earth system. Satellite measurements have revealed fundamental changes in Earth’s climate, including temperatures and rainfall, ice extent and properties, and sea levels as well as physical, chemical, and ecological impacts of climate change. NASA satellite measurements contributed immeasurably to enable the IPCC’s strongest conclusions thus far. 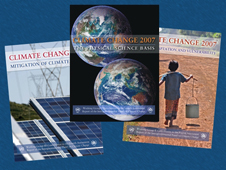 This year's three-part report by the United Nations Intergovernmental Panel on Climate Change is the latest in a series of studies that began two decades ago. Click image for enlargement. "NASA is best known for its cutting-edge satellite instruments and global measurements of Earth from space, but we contribute a lot more than that to climate change science," says Michael Gunson, acting chief scientist in the Jet Propulsion Laboratory's (JPL) Earth Science and Technology office, Pasadena, Calif. "NASA’s role extends far beyond space-based measurements into the research to build our understanding of climate change, enabling the critical work of the IPCC.”

NASA instruments, data, analysis and modeling all contributed to the bedrock of the IPCC report: the hundreds of papers published each year in scientific journals, many authored by NASA scientists and many others using NASA observations. The authors of the report draw on this ever-growing body of new knowledge to form their conclusions about climate change.

"The most remarkable thing about the process of assembling an IPCC report is that you can actually get thousands of independent-minded and critical scientists to work together without killing each other," says Bruce Wielicki, senior scientist for Earth science at NASA’s Langley Research Center in Hampton, Va.

Wielicki contributed a portion of a chapter in the latest science assessment on how Earth’s "energy budget," the ebb and flow of radiant energy from the Sun and our planet, has changed as measured by satellites. He began the project in October 2004 and, working with a team of 10 scientists, completed a compact summary of the latest research on the topic 20 months later. Like each section of the IPCC reports, Wielicki's section went through repeated rounds of critiques by other scientists. 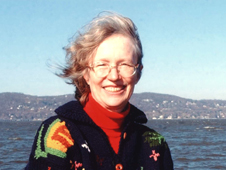 "But the toughest part of the entire effort was the last step: reviewing our final draft with government officials," Rosenzweig says. Before each IPCC report is published, the lead authors sit down with diplomats, lawyers and environmental officials from around the world to review their findings, page by page. "These week-long meetings are very challenging as you respond to all sorts of concerns and questions. But this process is the real beauty of the IPCC. The final documents that emerge represent a consensus view of the world’s scientific community and government delegates."

The Nobel-winning IPCC reports have no parallel as the most authoritative source of climate science, says Wielicki. "When I give public lectures on climate, I tell my audience that there are three laws of solid information on climate change: IPCC, IPCC and IPCC."

The IPCC effort has also boosted public awareness of this critical area of science. "By collecting together the current scientific thinking on climate change, the IPCC showed the world the value of the type of science we are doing at NASA," says JPL's Gunson. "And that has really engaged the public, many of whom were surprised that NASA does climate research. It has really motivated a new interest in the work we do here day in and day out."