Students Create Award-Winning ''Green'' Airplane Designs
The winning design of a NASA student competition to create a new greener aircraft looks a little like a cross between a plane and a Swiss army knife. 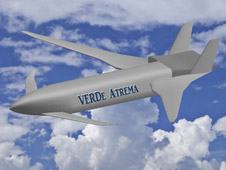 The winning U.S. entry in NASA's "green aviation" college competition was this design from a University of Virginia team. Credit: UVA

The challenge was to submit ideas and designs for aircraft or engine concepts and technologies that would assist in meeting the project's goals for more environmentally friendly aviation by the year 2020. Those goals include better fuel economy, fewer emissions, less noise and better performing airplanes.

Judges for the competition assessed submissions from 20 national and international student teams, most of whom are studying engineering. Nine seniors from Purdue University in West Lafayette, Ind., created the second place entry known as P6CAF-IncAR Concept Airliner, which looks more like a traditional tube and wing aircraft. 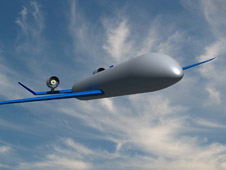 Two teams tied for third place including another group from Purdue. Nine undergraduates from the Indiana university designed the "Night Panther" airliner, while a team of eight first year graduate students from Georgia Institute of Technology in Atlanta designed a blended wing body aircraft they called ERATO.

NASA sponsors design contests in hopes of interesting students in aeronautics and engineering careers. Each winning U.S. college team received a cash award and an engraved trophy through a NASA education grant and cooperative agreement. Cash awards ranged from $5,000 for first place to $2,500 for third place. Non-U.S. participants received certificates of appreciation.

High school students also had the opportunity to enter a similar, but a little less academically challenging, contest. The movie "Back to the Future" may have inspired the winner of that competition.

United States winner Andrew Andraka, a senior at Bishop Hendricken High School in Warwick, R. I., chose to focus on "the next generation eco-friendly hydrogen airship." His was one of 34 entries from the U.S. and around the world in the "Environmentally Responsible Aviation (Green) Aviation High School Student Challenge," also sponsored by the Environmentally Responsible Aviation project.

In his research paper's introduction Andraka said, in essence, passenger airships got a bad rap following the famous Hindenburg airship disaster in 1937. "Hydrogen was blamed as the root cause for the disaster, being the flammable lifting gas used within the Hindenburg. Although this theory has been the root of debate over the years, there still existed serious safety concerns that couldn’t be dealt with by the technology of the day. My concept for a super efficient next generation passenger transport exploits the technological concepts of these majestic novelties that once dominated this unique niche of international air travel."

Andraka touts the abundance of inexpensive, environmentally friendly hydrogen as a replacement for pollution producing jet fuel. He would contain the flammable hydrogen inside chambers made of advanced composite materials filled with oxygen-consuming bacteria to reduce fire risk. The study also suggests that solar power would make up part of a unique hybrid electric engine technology.

Other teams in the high school competition also proposed hybrid engine technology as part of their green aviation solution. Some looked at the potential of solar power. Others researched biofuels as an alternative.

There was a tie for second place among the U.S. entries. Second place went to three seniors at Linwood Holton Governor’s School in Abingdon, Va. and two juniors from St. Croix Preparatory Academy Stillwater, Minn.

Winning U.S. high school entries were also eligible for cash awards and trophies. The cash award for a first place team was $1,500 and $1,000 for individual first place. Non-U.S. participants received certificates of appreciation.

For a full list of names and more about the competitions go to: