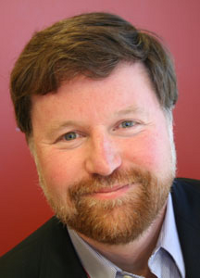 Dr. Bob Sutor is the Vice President of Open Systems and Linux for the IBM Corporation. In this role he has the responsibility for driving the IBM strategy, sales enablement, and technical pre-sales for software running on Linux and other open source environments. He works with customers, partners, government leaders, analysts, and the press to understand the value of adopting business-critical open source and Linux. He leads new software-based Linux growth initiatives with a global team of software engineers, architects, and sales and marketing professionals. Sutor also drives software interoperability initiatives with public sector partners around the world.

A 28 year veteran of IBM, Sutor worked for 15 years in IBM Research, specializing in symbolic mathematical computation and Internet publishing. He co-authored the booksAxiom: The Scientific Computation System and The LaTeX Web Companion. Sutor was a co-author of the W3C Recommendation Mathematical Markup Language (MathML) as well as the W3C Recommendation Document Object Model Level 1.

In 1999 Dr. Sutor moved to the IBM Software Group and focused on jump starting industry use of XML. This led to positions on the Board of Directors of the OASIS standards group and the vice chairmanship of the ebXML effort, a joint OASIS/United Nations endeavor. Sutor then led IBM’s industry standards and Web services strategy efforts. Dr. Sutor is a widely read blogger and is a frequent speaker around the world on open source, Linux, open standards, virtual worlds, and cloud computing. He is widely cited in the press; was featured in interviews in the Harvard Business Review, CNET, eWeek, and InfoWorld; and was quoted in the Wall Street Journal and the Economist. In 2006 Sutor was named as one of Computer Business Review’s “Open Source VIPs”.

Dr. Sutor has an undergraduate degree from Harvard College and a Ph.D. from Princeton University, both in Mathematics.