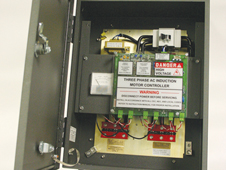 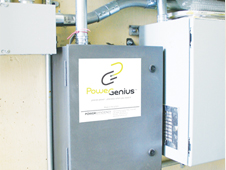 Las Vegas is a city famous for excess. But in the late 1970s, Frank Nola, an engineer at NASA’s Marshall Space Flight Center, had an idea that has allowed the city’s businesses—and others around the world—to conserve energy and reduce costs. The idea, a method to electronically adjust the voltage of an electric motor in accordance with the motor’s load, was patented in 1984. The voltage controllers have become known as Nola devices, and they are still as useful today as they were more than 20 years ago, with the ability to save operators a great deal of energy, which translates into less cost and environmental impact.

The Right Tech at the Right Time

A report by the Energy Information Administration suggests that between 2003 and 2030, worldwide electricity consumption will double. Combine that with rising energy prices and concern over damage to the environment caused by energy creation, and the idea for a business that helps conserve electrical energy makes perfect sense. This was the thinking of Power Efficiency Corporation (PEC) of Las Vegas when it licensed NASA’s voltage controller technology from Marshall in 1985. The company has managed in the following years to make patented improvements to the technology and create thousands of these devices, marketing them throughout the world.

The technology can sense if the motor is lightly loaded or idling, which is when the motor is least efficient, and then ramps the power usage down while maintaining the motor at a constant speed. This feature can reduce power consumption by up to 40 percent when the motor is lightly loaded. This is a great advantage for any motor that routinely runs under variable loads. The technology’s soft start functionality gradually introduces power to the motor, thus eliminating the harsh, violent mechanical stresses of having the device go from a dormant state to one of full activity. This prevents it from running too hot and increases the motor’s lifetime.

Efficiency Going Up, Costs Going Down

According to the company, its NASA-derived technology could provide an estimated annual electricity cost savings of $1.7 billion within the U.S. manufacturing sector, with a resulting 14-million-ton reduction in carbon dioxide emissions—the equivalent of the output of 2.65 million cars. Escalators and elevators are prime examples of the types of machinery that benefit from energy savings the device provides. Escalators in the U.S. Capitol Visitor Center, various airports such as Washington Dulles International and Las Vegas’ McCarran International, and many hotels and casinos around the world employ the technology. For a single, 20-horsepower escalator, say within Las Vegas’ Bellagio Hotel and Casino, one of PEC’s devices can reduce energy costs by more than $44,000 and carbon dioxide emissions by 265 tons over its 15-year lifespan. PEC is also looking into developing products that make electric motors more efficient for home appliances like air conditioners, clothes dryers, and refrigerators, three of the largest electricity consumers in most homes, meaning that, whether you’re in a casino or at home, it will be a safe bet that this NASA technology is providing big benefits in your city.

To learn more about this NASA spinoff, read the original articles from Spinoff 2007: http://www.sti.nasa.gov/tto/Spinoff2007/er_3.html
› Back To Top