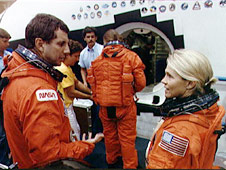 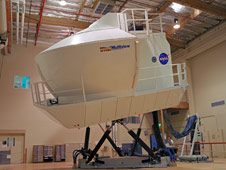 In January 2009, birds struck the engines of US Airways Flight 1549 and forced an emergency landing into the Hudson River. Everyone on board survived, and the crew was lauded for remaining calm under pressure and keeping passengers safe. Even before they knew they had an emergency, the crew were using specific training for safe and effective operations—parts of key operational methods originally developed by NASA.

These same Crew Resource Management (CRM) techniques are helping save lives in hospitals around the country.

The innovation originated from Ames Research Center data that showed human error was the primary cause of aviation accidents. The proposed solutions for addressing the varying causes of human error in aviation evolved into CRM, a series of management techniques geared at reducing this factor and improving safety through teamwork skills and simple tools like checklists. The Federal Aviation Administration, the military, several commercial airlines, and of course NASA use CRM to prepare flight crews—like that of US Airways Flight 1549—for both routine and hazardous situations.

From the Cockpit to the Operating Room

Cardiologist Drew Gaffney flew as a payload specialist in 1991 on STS-40. On the mission, he worked with fellow physician and astronaut Rhea Seddon. NASA prepared Seddon and Gaffney for both routine and emergency situations in their missions through extensive CRM skill training. In 2005, Seddon and Gaffney collaborated with two former FedEx Corporation CRM trainers and U.S. Navy top gun pilots Steve Harden and Alan Mullen to found LifeWings Partners LLC, based in Memphis, Tennessee.

Situational awareness, peer monitoring, simulation training, and procedural checklists have long been a part of NASA’s astronaut training, and the LifeWings partners discovered the need for these same tools in medicine. In medicine, as with space missions, Gaffney explains, “There is a lot of routine, but a lot of stress. Decisions are high-consequence.” As a result, LifeWings designed an approach to help hospitals use the same cockpit training and tools that had been so useful in making commercial aviation safe and reliable.

Gaffney explains that the LifeWings CRM training helps “create a culture that is psychologically and administratively safe,” so that any employee can spot and report potential hazards without fear. This ongoing peer monitoring helps eliminate costly (and sometimes dangerous) medical mistakes. Eventually, this cycle becomes routine and part of the culture, resulting in significant reduction in medical errors.

Research published in January 2009 in The New England Journal of Medicine describes how doctors using a simple checklist before surgery were able to reduce post-surgical deaths by more than 36 percent. According to Harden, LifeWings’ president, when hospitals follow the LifeWings CRM training, they have seen major improvements, such as in risk-adjusted patient mortality. Harden explains, “We’ve seen decreases from 1.2 to 0.68,” in observed to expected deaths, indicating an almost 50-percent improvement.

LifeWings SM is a service mark of LifeWings Partners LLC.

To learn more about this NASA spinoff, read the original article from Spinoff 2009.