Grow Text SizeShrink Text Size
And The Winner Is... 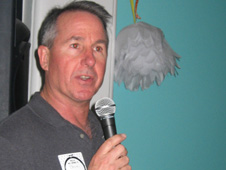 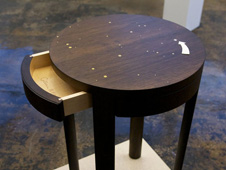 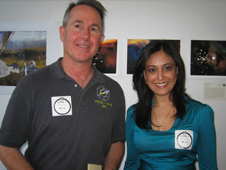 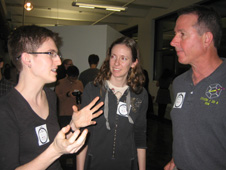 Etsy Participants and NASA Astronaut Steve Robinson The final judging for the Etsy and NASA SpaceCraft contest took place on Friday evening, March 18, 2011 at ETSY Headquarters in Brooklyn, NY. NASA astronaut Steve Robinson, who has flown on four shuttle missions, was a judge of the contest, along with other judges from the science, technology, art, and journalism sectors.

The entries covered a variety of mediums – beadwork, felt, quilting, painting, computer generated art, jewelry, woodwork, clothing, sculpture, mosaics and glasswork. A large number of the entries portrayed images of the planets and the universe, while images of the shuttle and astronauts also were highly represented.

Some artists focused on a single image of the moon, or a single planet by using detailed painting or even embroidery. Of course, the theme of dreaming was present in so many of the works – showing once again that the public sees NASA as an organization that has led the way for dreamers to build vehicles that will travel to space and explore the universe.

More than 600 entries were sent to Etsy. Following a public vote, the entries were narrowed to thirty finalists. Judges were pleased by the variety of entries and the opportunity to read the artists descriptions of their work. Most described the connection that the artist felt for NASA and how NASA has affected their lives.

Interestingly, many of the Etsy employees that attended the judging event had actually attended Space Camp when they were young and were thrilled to meet Robinson and hear his stories about being in space. Steve is a former graphic artist and now practices photography and also plays music.

The contest has been a great partnership for NASA and has allowed NASA to tell its story to the Etsy audience. The final entries will be displayed at the April launch of STS-134 and at other future NASA events. Thanks to all the artists that entered – Ad Astra!