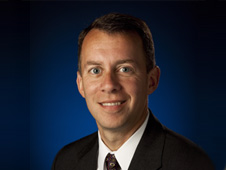 Nearly fifty years ago, President John F. Kennedy spoke to a large college audience and asked them to join him on a grand challenge, one that was chosen not for its simplicity, but for its audacity, because the challenge at hand would “serve to measure and organize the best of our energies and skills.” In the following seven years, those college students, and thousands of young professionals from around the nation, responded to the President’s call. They built rockets that towered 36 stories, engines that are still the most powerful ever made, and sent heroes on a journey farther than any human had taken before or has taken since. By fusing the imagination of their generation into the technologies necessary for an entire species to take “one giant leap,” they created and defined what we now call rocket science. In doing so, these young engineers and scientists demonstrated the technological leadership, commitment and skill of the American people, leaving a lasting imprint on the national security, economic prosperity, and global leadership landscape of the time.

In April 2010, President Obama spoke to America about our space program. He issued a new set of challenges that will once again measure our nation’s collective energy and skill. NASA is now tasked with extending human presence beyond the Earth system, into deep space. This approach includes preparing new rockets and space vehicles for flight in the early part of the next decade, human exploration of an asteroid by 2025, and sending humans to orbit Mars by the mid-2030s, with Mars surface landings to follow. To attack these daring and difficult challenges, NASA must once again reach out and build our nation’s technological capacity, creating an industrial capability to explore the solar system. But, in this speech given at the Kennedy Space Center, who was the President really challenging?

At 44, I'm one of the youngest leaders at NASA. In 2035, when humans first orbit Mars, today's college sophomores will be my age; perhaps one will even be in my job. Ten years prior, humans will explore an asteroid, venturing into deep space for the first time in human history. Today’s same college sophomores will be 34 at that time, about a third of the way into their professional careers. For the engineering and science students in our nation’s universities today, these are not distant timelines; instead, cutting-edge technologies and innovations developed by this generation in the early phases of their careers will form the foundation for humanity’s next great leap.

I've recently returned to NASA from academia to develop and manage NASA's new Space Technology Program, an endeavor that seeks to create the technological knowledge and capability needed to enable a new generation of NASA aeronautics, science and exploration missions. My office sponsors foundational research, laboratory and ground-based testing, and flight-testing to mature critical space system technologies and infuse these cutting-edge advances into NASA’s future operational missions. By taking informed risks and focusing on high-payoff technologies, the Space Technology Program will provide the answers to the Agency’s future technological needs. Clearly, these developments require the best of academia, industry, and our government labs. To advance these transformational technologies, this program is being established with a test early, test often mantra, and will provide a steady cadence of flight opportunities on a variety of flight test platforms, including aircraft, suborbital vehicles, sounding rockets, balloons, and spacecraft. While maturing the necessary technology for our future missions, these frequent flight opportunities also provide ideal training for young engineers and scientists in the rigors of space flight. A grand challenge can be the spark, but a carefully crafted series of steps in one’s own professional development is critical to future success in a technology-oriented world. Fortunately, there are opportunities in the Space Technology Program for your participation, starting in 2011.

Good systems engineers are not born; they are created over time. Intellectual curiosity and education are required, but so is experience operating across the boundaries of traditional aerospace disciplines in a hardware or mission development setting. A complete space system engineering perspective requires a hands-on development experience that spans the life cycle of a project, from concept to flight. Landing on Mars will never be a low-risk venture, nor will the development of a telescope capable of detecting Earth-size planets around other stars, or the qualification of a new generation of space exploration vehicles. Members of technology development and small flight project teams learn rapidly about informed risk taking with each development struggle, becoming stronger and wiser, and eventually applying these lessons to future, larger spaceflight projects.

Until recently, NASA was marching toward a single human exploration future that leveraged Apollo, Shuttle, and other relatively mature technologies to return to the Moon. The budget and schedule pressures of this effort; however, left little room for investment in new approaches to this problem. At its core, NASA is an organization capable of working on research, development and operations simultaneously in order to quickly learn and create new capabilities. The space exploration enterprise described by President Obama allows for development of a wide range of new space system solutions as humans venture out into deep space for the first time, including human exploration of near-Earth asteroids and Mars. NASA also envisions robotic explorers traveling throughout the solar system and into interstellar space, identifying life on other planets and Earth-like worlds around other stars, developing Earth observing spacecraft that can accurately forecast major storms and natural disasters, and fostering an emerging commercial spaceflight industry, all while contributing to the solution of society’s technological challenges.

In the 1960’s, a generation of young professionals, fresh out of our Nation’s universities and inspired by President Kennedy’s grand challenge, conceived, designed and implemented the Apollo program. The future described by President Obama is not Apollo 2.0. Instead, by teaching ourselves new ways of thinking and developing new technological solutions, it is a future in which today’s young engineers and scientists have been given the opportunity to once again demonstrate the technological leadership, commitment and skill of the American people. In 1969, the majority of the engineers involved in the Apollo 11 Moon landing were in their late twenties. In 1997, most of the engineers involved in the Mars Pathfinder landing were in their late twenties or early thirties. As our next generation of technologists, scientists and engineers, you are this country’s future. I look forward to seeing the great things you will bring to NASA and the Nation as you embark on technology-oriented careers. Join us in this new endeavor. We need your innovative ideas, your passion, your dedicated efforts, and your technological solutions. What future will you create?

- Dr. Robert Braun is the NASA Chief Technologist. He also serves as the David and Andrew Lewis Professor of Space Technology at the Georgia Institute of Technology. Follow him and his office on the web at http://www.nasa.gov/oct or on Twitter: @Bobby_Braun; @NASA_Technology
› Back To Top