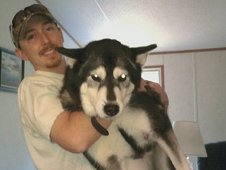 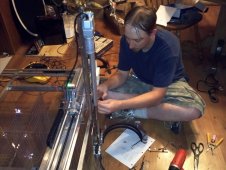 Team Name: "Our whole basis in this challenge is a multi-rover (approach), said Williamson. Looking to take on the competition like a band of predatory jungle cats, team SpacePRIDE is a play on words -- a pride of lions (or in this case, several rovers) and pride in their craftsmanship.

The Road to Robotics: Both say they have always been tinkerers. Moore recalled disassembling his toys as a child. "It drove my mom nuts," he said. In their late teens and early 20s, both independently developed an interest in robotics from the TV show "Battlebots," which aired competitions for five seasons on Comedy Central. Moore competed on a televised episode, and Williamson took part in Battlebots IQ, an educational program where students showcase their own robots and pit them against one another.

At age 17, Williamson was a founding member of the Southeastern Combat Robotics League. Each of the original four members put up $250 to build their first arena in Florida, which drew about 20 entrants. Within two to three years, interest grew closer to 500 competitors.

Forming the Team: The pair met 10 years ago through online "Battlebots" forums and as opponents in competitions. "We were actually competing back then and became friends," said Williamson. That friendship turned into joined stints working at Dragon*Con, the annual Atlanta-based sci-fi/fantasy convention, where they lead panels and hosted robotic battles.

Entering Centennial Challenges: Williamson and Moore were acquainted with Paul Ventimiglia, who won first place in the 2009 Regolith Excavation challenge. After learning of his victory, Williamson began researching the challenge and realized he ought to be a part of it. He researched upcoming events and recruited Moore to his team.

Team Strategy: Living seven hours apart, Williamson in South Carolina and Moore in Florida, they two talk daily about the project. Once a month, they meet in person to make physical changes to the robot. Williamson handles the mechanical work and programming, while Moore works with navigation and vision. "We’re in constant contact," said Moore.

"Navigation has been a big issue," said Williamson. SpacePRIDE has tried out 10-15 different types of camera and three or four gripper designs. But the team is confidant in their progress and looking forward to Centennial Challenges, having fun and being surrounded by their peers. "This is not a business venture for us; this is a hobby," said Williamson.

If I Had a Million Dollars...: Williamson said that, among other things, he would help a local rookie robotics team get their footing with equipment and a place to build and compete.

What It Means to Take Part in a NASA Event: "Growing up, I always wanted to be an astronaut," said Moore, and having his technology possibly implemented by the agency would be a dream realized.