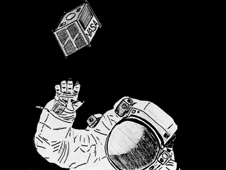 The Small Spacecraft Technology Program has three primary objectives: All efforts will focus on technologies and capabilities that are relevant to NASA’s missions in science, exploration, space operations and aeronautics including those with crosscutting applications for NASA and other users.

This purpose of the program is to develop new technologies and demonstrate new capabilities but not to perform operational missions with small spacecraft. However, the program will work closely with operational flight and science research organizations to identify advanced technology needs and potential new applications. Planning for infusion of new technologies and capabilities into operational spacecraft and missions will be an important factor in project selection and implementation.

Recognizing that a vibrant small spacecraft community already exists and includes participants from industry, academia and other government agencies, this NASA program will direct its efforts in complimentary directions that take advantage of NASA’s unique capabilities and assets. The field of small spacecraft technology offers compelling opportunities for NASA to contribute to: Beyond the primary objectives of technology development and demonstration, the program will also promote the concept of small spacecraft as a paradigm shift for NASA and the larger space community. Specifically: What is a Small Spacecraft?

The definition is arbitrary but this program considers small spacecraft to be those with a mass of less than 180 kilograms. Some commonly accepted terms used for small spacecraft are the following: Cubesats are one type of small spacecraft that weigh only a few kilograms and are built in a standard frame that is a 10 centimeter cube. Cubesats can be composed of a single cube (1U) or several cubes combined. 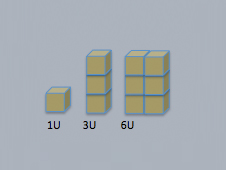