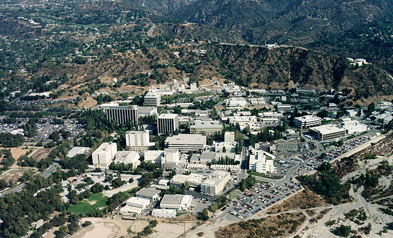 Aerial view of NASA's Jet Propulsion Laboratory. Image Credit: NASA
"Do not go where the path may lead," wrote Ralph Waldo Emerson. "Go instead where there is no path, and leave a trail." That could be the motto of the Jet Propulsion Laboratory. Trailblazing has been the business of JPL since it was established by the California Institute of Technology in the 1930s. America's first satellite, Explorer 1, was created at JPL. In the decades that followed, we sent the first robotic craft to the Moon and out across the solar system, reconnoitering all of the planets. Pushing the outer edge of exploration, in fact, is the reason JPL exists as a NASA laboratory.