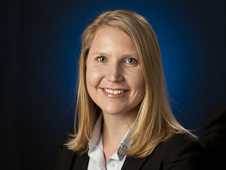 NASA is charged with communicating the activities of the Agency in fulfillment of its mission as widely as possible, and it is one of our core values. Social media sites are valuable tools that have enabled NASA employees to engage the public through media that spread the word efficiently and effectively. The Agency has come quite a distance since the pioneers at JPL started a Twitter account for the Mars Phoenix lander in May 2008. NASA's primary Twitter account @NASA is nearing 1 million followers, and we have more than 200 social media accounts Agency-wide. Don't believe me? Check out http://www.nasa.gov/connect.

Social media provides us an easy way to keep the public updated with news delivered straight into their newsfeed and homepage, Web sites they probably visit more often than news sites or the NASA Web site.

But the real value of NASA's use of social media can be seen in the level of engagement and the communities that form around them. It is called social media because our fans and followers have a reasonable expectation that their questions may be answered and their comments heard. By responding and interacting with them, NASA has the opportunity to educate, inform, and inspire. Fans and followers who are passionate about what we do have platforms to express this passion and share it with their friends, fans, and followers.

NASA Tweetups take it to the next level—bringing the online engagement to in-person gatherings where participants have an opportunity to talk to NASA leaders, scientists, engineers, and astronauts and the chance to see how and where we work. Participants have arrived at NASA Tweetups as casual fans or followers and walked away as enthusiastic advocates of the work we all are doing. A strong sense of community develops at these events, exemplifying how social media can bring together people who have common interests.

As usual, our team has excelled at using social media in a way that benefits the Agency and the taxpayers who fund us. If you are now thinking of ways you could use social media to share your story, work with your public affairs officers in advance to design a strategy that will ensure you are not only effective but also following established communication policies and complying with NASA and Government standards for legal, security, records management, and more. The very efficient nature of the medium that allows us to spread the word quickly about the great work we're doing also requires us to be more vigilant to ensure what we share is accurate, true, and public information.