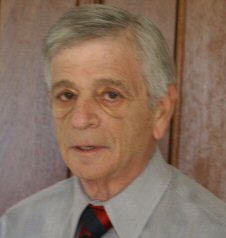 After graduation from the Polytechnic Institute of Brooklyn, in 1964 Mr. Greene worked for North American Aviation in Downey California where the Apollo Command and Service Module was being built. He joined NASA’s Manned Spacecraft Center in 1965 and was assigned as a Flight Dynamics Officer (FDO) for the Apollo Program. During this program he played a key role, monitoring the trajectory operations for the Launch phase of the missions and later was assigned as the FDO for the Lunar Descent phase including the landing of Apollo 11. After the Apollo Program, Mr. Greene assumed management positions within the Flight Control Division. During this time he led the development and procedures that were to be used both onboard by the flight Crew and in the Mission Control Center by the Trajectory Flight Controllers. He was the Launch FDO for the first two Space Shuttle Launches.

After leaving the Flight Control Division Mr. Greene led the Safety Division at the Johnson Space Center. During the return to flight process he led the Agency wide review of the Shuttle Program Hazard Reports. During this assignment he was selected for the Senior Executive Service.

Mr. Greene went on to become the Deputy Program Manager for the Space Shuttle Program where he served until he was selected as the Deputy Associate Administrator for Exploration at NASA Headquarters. He served in this capacity until the cancellation of the Program. During this time he led the development of the concepts for the First Lunar Outpost which laid significant groundwork for the ESAS study.

Mr. Greene then returned to the Johnson Space Center where he was named the Space Shuttle Orbiter Project Manager and later as the Technical Program Manager for the International Space Station. During this assignment he led the development of the United States modules, coordinating the technical efforts of both the government and contractor teams. He went on to assume the position of Chief Engineer for the Johnson Space Center and retired from the agency in 2004.

Mr. Greene was the recipient of many awards including three Exceptional Service Medals, the Distinguished Service Medal, the Exceptional Engineering Achievement Medal and the Rotary International Stellar Award.