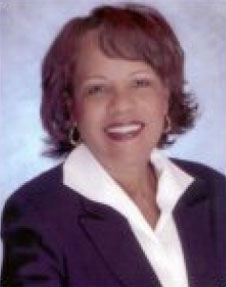 Patti Grace Smith has over 25 years of experience and knowledge of the U.S. space sector. Smith served as Associate Administrator for Commercial Space Transportation for the Federal Aviation Administration (FAA), U.S. Department of Transportation, responsible for regulating the U.S. commercial space transportation industry.

Under her leadership, the FAA became the recognized global leader in private human space flight.

Smith joined the U.S. Department of Transportation (DOT) in 1994 and went on to serve as Associate Administrator for Commercial Space Transportation for the FAA.

For eleven years (ending February 2008) she headed the line of business responsible for licensing, regulating, and promoting the U.S. commercial space transportation industry.

In an era of unprecedented private sector progress toward commercial human space flight, Smith worked hard to foster an environment where safety always comes first and innovation can flourish.

During her career at the FAA and DOT, Smith was instrumental in the growth and change that the U.S. commercial launch industry has experienced, facilitating both technological and infrastructure developments and initiating and fostering greater cooperation and partnerships between aviation and space functions in the agency.

During Smith’s service at the FAA, key milestones were achieved that include the Mojave Air and Spaceport becoming the first inland Commercial Spaceport licensed by the agency, and the launch of the X-Prize winning, historic SpaceShip One, a launch licensed by the FAA. Smith also oversaw the development of rules for human space flight mandated by congressional passage of the Commercial Space Launch Amendments Act of 2004.

Smith initiated and helped forge partnerships with the Air Force on common launch safety standards, and kept safety, regulatory matters and insurance issues constantly in the public forum. She worked closely with FAA lines of business to draw on aviation expertise where appropriate to space issues and to address the impact of space flight on the National Airspace System.

Smith was named by Space News as one of the top ten people in the U.S. space sector.

Smith has also held positions in the private sector at the National Association of Broadcasters, Westinghouse Broadcasting Corporation, and Sheridan Radio Network; and in government at the Department of Defense and the Federal Communications Commission; and the Senate Commerce Committee.

Smith is currently an aerospace consultant with Patti Grace Smith Consulting working with Virgin Galactic (The Virgin Group), CSSI, Inc., the Tauri Group and a number of other aerospace companies. She is on the board of SpaceDev, Space Foundation, American Astronautical Society, the American Bar Association’s Air and Space Law Forum Board; the X Prize Advisory Committee Board, and the Conrad Foundation.