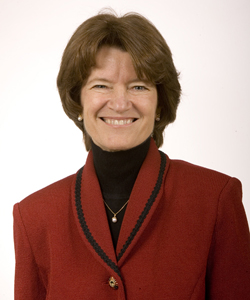 Dr. Ride is the President and CEO of Sally Ride Science, a science education company that creates programs and products for students and teachers in elementary and middle school—and has a particular focus on encouraging girls. Dr. Ride is also a Professor of Physics (Emerita) at the University of California, San Diego. She received her B.S in Physics, B.A in English, and M.S. and PhD in Physics from Stanford University.

Dr Ride is best known as America’s first woman in space. She flew in space twice, first in 1983 aboard the Space Shuttle Challenger, then again aboard Challenger in 1984. While at NASA, she directed NASA’s first strategic planning effort, and founded and served as the first Director of NASA’s Office of Exploration. She is the only person to have served on the both the Presidential Commission investigating the Challenger accident and Columbia Accident investigation Board. Dr. Ride was a member of the President’s Council of Advisers on Science and Technology for eight years. She is a member of the boards of Caltech and The Aerospace Corporation, has received numerous awards, including the Lindbergh Eagle, the Von Braun Award, and the Jefferson Award for Public Service. She has twice been awarded the National Spaceflight Medal, and is an inductee into the Astronaut Hall of Fame and the California Hall of Fame.