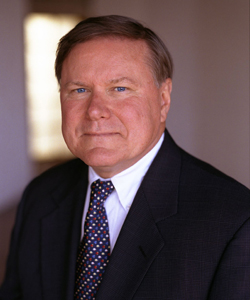 Charles F. Kennel was educated in astronomy and astrophysics at Harvard and Princeton. He joined the UCLA Department of Physics, pursued research and teaching in space plasma physics and astrophysics, chaired the department, and eventually became the UCLA Executive Vice Chancellor, its chief academic officer.

From 1994 to 1996, Kennel was Associate Administrator at NASA and Director of Mission to Planet Earth, the world's largest Earth science program. Kennel’s experiences at NASA convinced him of the growing importance of Earth and environmental science, and he decided to devote the rest of his career to these and related fields. He became the ninth Director of Scripps Institution of Oceanography and Vice Chancellor of Marine Sciences at the University of California, San Diego, serving from 1998 to 2006. Dr. Kennel was the founding director of the UCSD Environment and Sustainability Initiative. He presently is a distinguished professor, emeritus, of atmospheric sciences at Scripps, senior strategist for the UCSD Sustainability Solutions Institute, and leads the University of Cambridge/UCSD Global Water Initiative.