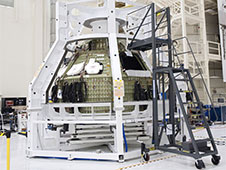 Technicians lower a special fixture around an Orion spacecraft inside the high bay of the Operations & Checkout Building at NASA's Kennedy Space Center in Florida. Photo credit: NASA/Tim Jacobs 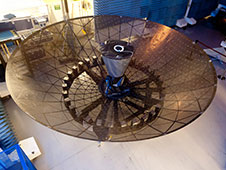 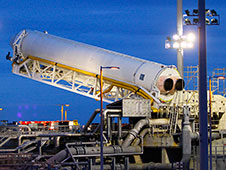 In 2013, NASA will push ahead with an ambitious exploration program, continuing crew flights and commercial resupply missions to the International Space Station, and advancing the systems needed to send humans deeper into space. We'll also be launching a new mission to the Red Planet, learning about our own planet, understanding our place in the universe, and developing technologies that benefit us right here on Earth.

We'll be watching the skies with you when meteor showers, asteroid encounters and eclipses capture your attention, and we'll surely make scientific discoveries and technological advances we haven't even planned for yet. Meanwhile, we already have a busy launch schedule planned, with destinations from the International Space Station to Mars.