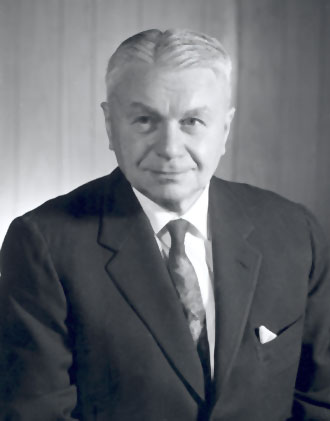 Image left: Jerome Lederer in a circa 1967 photo. Credit: NASA

A MESSAGE FROM THE ADMINISTRATOR

Last week our nation and the NASA family lost one of the true heroes of aviation and space flight, Jerome F. Lederer.

In a remarkable life that spanned the entire history of powered flight, Lederer, 101, did nothing less than make air travel safer for millions of passengers and contributed greatly to the success of NASA's lunar landing missions.

In the course of his 46 year public service career Jerome Lederer performed groundbreaking safety studies for the Air Mail Service, the Civil Aeronautics Board's Safety Bureau and the National Advisory Committee for Aeronautics.

He is credited with introducing blinking anticollision lights and flight data recorders to aircraft. He also participated in the group that organized the Federal Aviation Administration and modernized the air traffic control system.

In a 1967 interview with the New York Times he said, "The principles are the same in aviation and space safety. You always have to fight complacency--you need formal programs to ensure that safety is always kept in mind."

From 1970 until his retirement in 1972, he served as safety director for all NASA activities. In 1969, Mr. Lederer received NASA's Exceptional Service Medal.

Our sympathies go out to Mr. Lederer's wife of 68 years, Sarah Boharsky Lederer of Laguna Hills, California, and to the entire Lederer family.