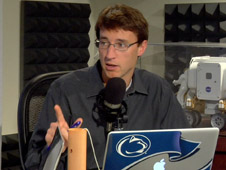 Chris Giersch is the co-creator, project manager, and host of NASA EDGE, the vodcast that takes an inside and outside look at all things NASA.

He's also the Education and Public Outreach Manager for the Exploration and Space Operations Directorate at NASA Langley Research Center in Hampton, Va.

After working as a high school math and science teacher for a number of years, Chris accepted the position at NASA Langley as Program Manager for NASA CONNECT™, the show that connects you to math, science, technology and NASA. He worked on 20 episodes over a five-year span winning three regional Emmy Awards. 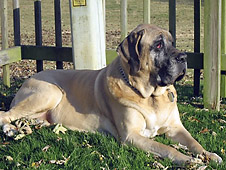 Chris transferred to the Exploration Office in 2004. Since then, he has been proactive in getting the public engaged to learn more about the U.S. space exploration policy. He has a tough job in that he works closely with the set therapist, Ron Beard, to make sure the co-host is doing his job effectively on a daily basis.

Chris currently resides in Virginia Beach, Va., with his wife and son.
› Back To Top