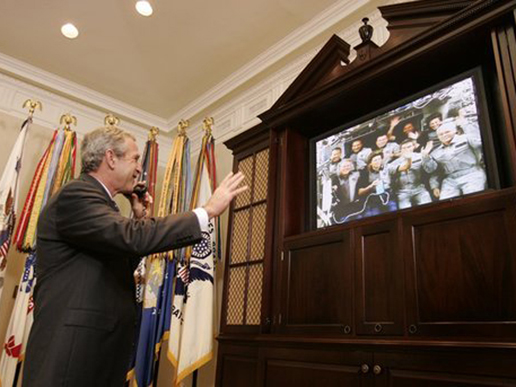 President George W. Bush smiles as he waves goodbye to the crew of the Space Shuttle Discovery Tuesday, Aug. 2, 2005, during a phone call from the Roosevelt Room of the White House. Before bidding the crew Godspeed and telling them to "get back to work," the President thanked them for being "risk-takers for the sake of exploration."