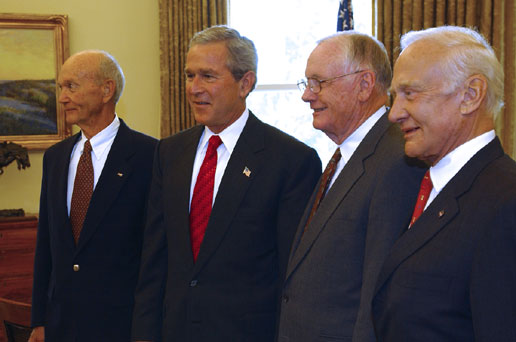 Apollo 11 Crew at the White House

Armstrong and Aldrin participated in an online "Ask the White House" Web Forum, during which they reminisced about their mission and expressed optimism about future journeys to Mars as part of the new Vision for Space Exploration.