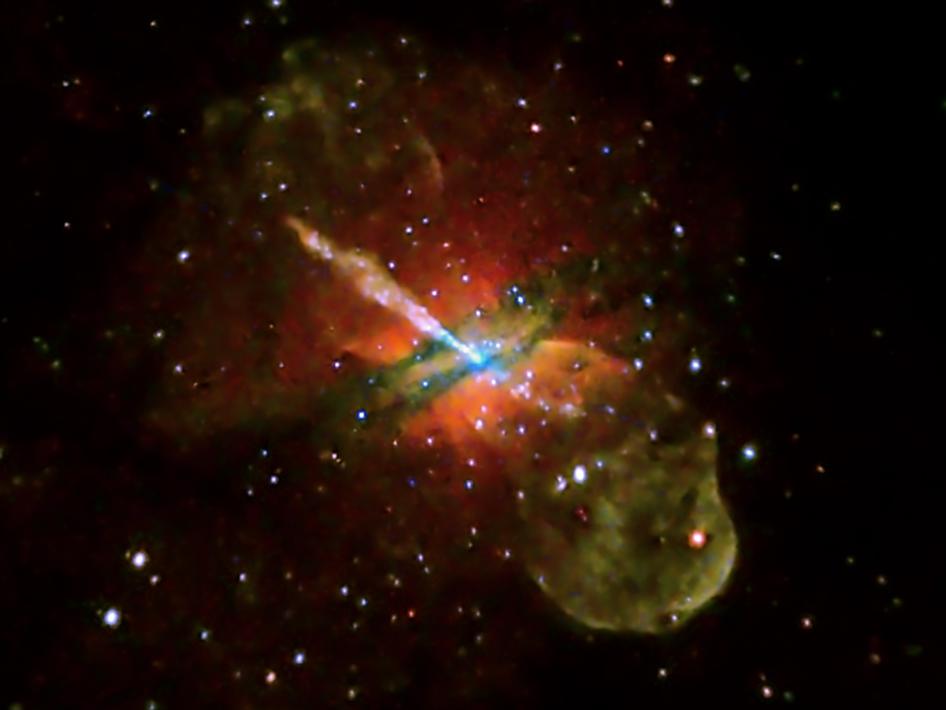 This dramatic image of the nearby galaxy Centaurus A provides one of the best views to date of the effects of an active supermassive black hole. Opposing jets of high-energy particles can be seen extending to the outer reaches of the galaxy, and numerous smaller black holes in binary star systems are also visible.

The image obtained via an ultra-deep look at the galaxy by the Chandra X-Ray Observatory that was equivalent to more than seven days of continuous observations. Centaurus A is the nearest galaxy to Earth that contains a supermassive black hole actively powering a jet.

A prominent X-ray jet extending for 13,000 light years points to the upper left in the image, with a shorter "counterjet" aimed in the opposite direction. Astronomers think that such jets are important vehicles for transporting energy from the black hole to the much larger dimensions of a galaxy, and affecting the rate at which stars form there.