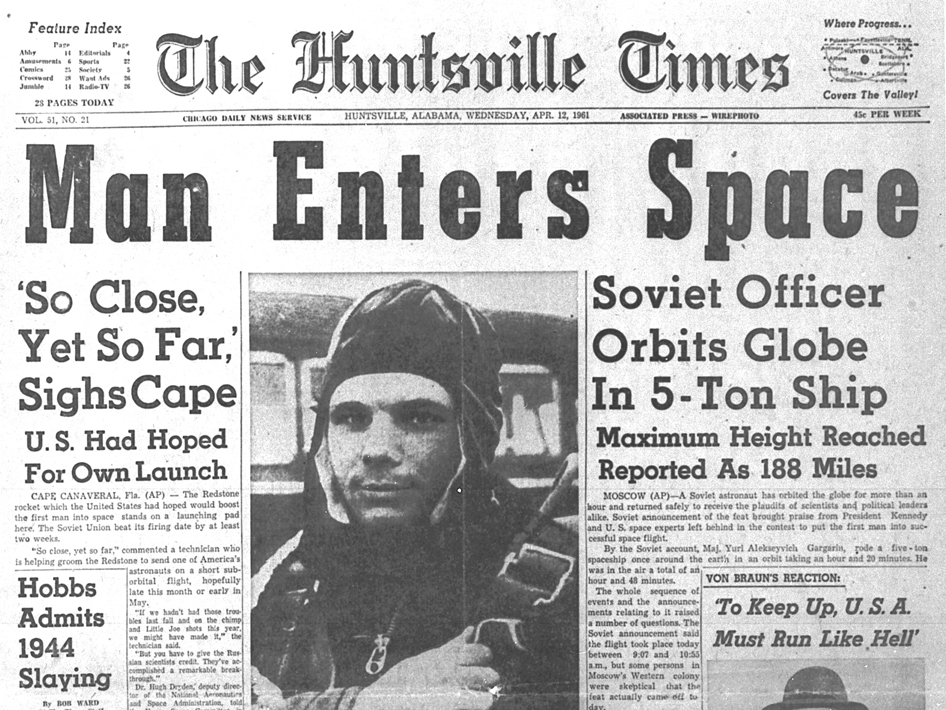 A History of Human Spaceflight

On April 12, 1961, the era of human spaceflight began when the Cosmonaut Yuri Gagarin became the first human to orbit the Earth in his Vostock I spacecraft. The flight lasted 108 minutes.

Twenty years later, on the morning of April 12, 1981, two astronauts sat strapped into their seats on the flight deck of Columbia, a radically new spacecraft known as the space shuttle.

Astronaut John Young, a veteran of four previous spaceflights including a walk on the moon in 1972, commanded the mission. Navy test pilot Bob Crippen piloted the mission and would go on to command three future shuttle missions.

Space Shuttle astronauts John Young and Robert Crippen (in tan space suits) are greeted by members of the ground crew moments after stepping off the shuttle Columbia following its maiden flight.
+ View Image.

Relive the historic STS-1 flight through video, a photo gallery and downloads for desktop.
+ View Feature