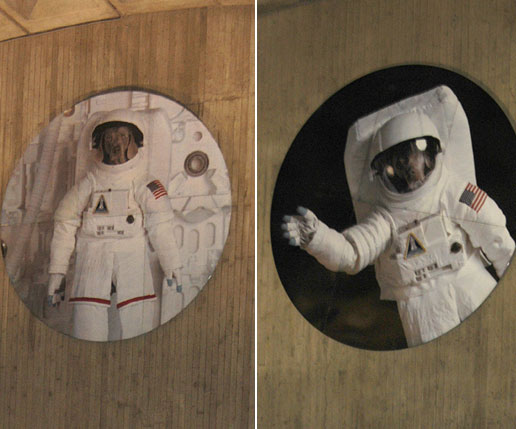 NASA has teamed up with renowned photographer and artist William Wegman on a project that could stop Washington commuters in their tracks.

Famed for his popular images of Weimaraner dogs acting out in human situations, Wegman put his subjects in a space suit loaned by NASA. The finished photos of dogs floating in microgravity are displayed on a pair of circular murals in the L'Enfant Plaza Station, one of the busiest stops of the DC Metro system.

The photos were part of a commission from the NASA Art Program and were primarily funded by the DC Commission on the Arts and Humanities in partnership with the Metro Art in Transit Program.