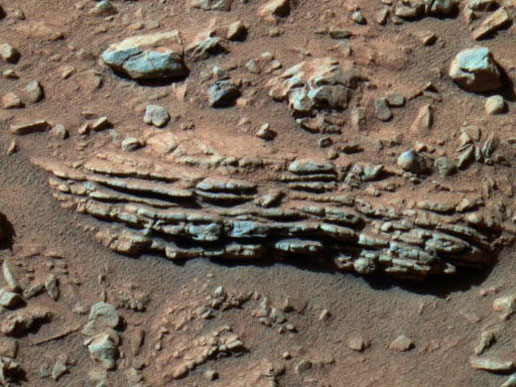 This image, taken by the panoramic camera on NASA's Mars Exploration Rover Spirit during the rover's trek through the "Columbia Hills" at "Gusev Crater," shows the horizontally layered rock dubbed "Tetl." Scientists hope to investigate this rock in more detail, aiming to determine whether the rock's layering is volcanic or sedimentary in origin. Spirit took this image on its 264th martian day, or sol (Sept. 29, 2004).