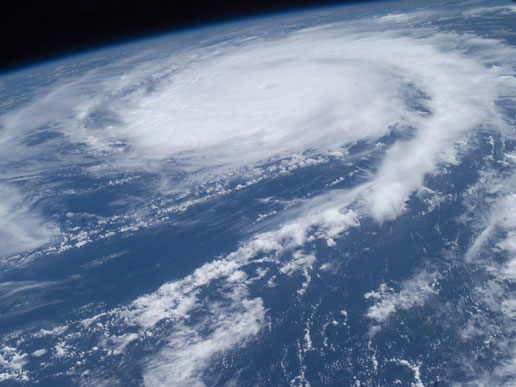 This photo of Hurricane Frances was taken by Astronaut Mike Fincke aboard the International Space Station as he flew 230 miles above the storm at about 10 a.m. EDT Friday, Aug. 27, 2004. At the time, Frances was about 820 miles east of the Lesser Antilles in the Atlantic Ocean, moving west-northwest at 10 miles an hour, with maximum sustained winds of 105 miles an hour. Fincke, the NASA ISS Science Officer and Flight Engineer, and Expedition 9 Commander Gennady Padalka are in the fifth month of a six-month flight aboard the Station.