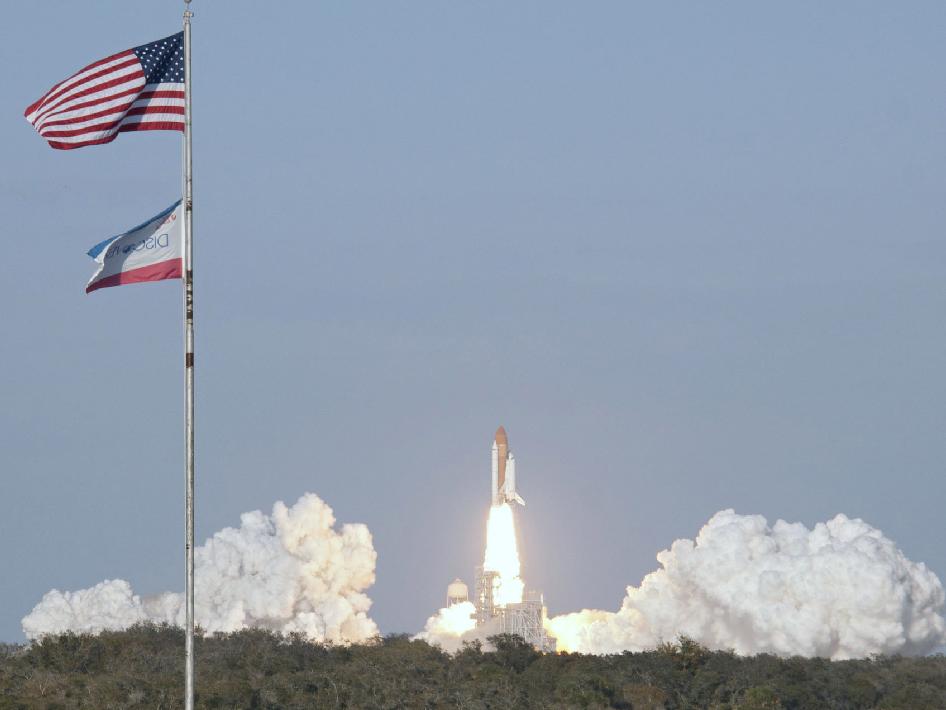 Space shuttle Discovery's liftoff from Launch Pad 39A at NASA's Kennedy Space Center in Florida on a picturesque, warm, late February afternoon was witnessed by news media representatives near the countdown clock at the Press Site. Launch of the STS-133 mission was at 4:53 p.m. EST on Feb. 24.

Discovery and its six-member crew are on a mission to deliver the Permanent Multipurpose Module, packed with supplies and critical spare parts, as well as Robonaut 2, the dexterous humanoid astronaut helper, to the International Space Station. Discovery is making its 39th mission and is scheduled to be retired following STS-133. This is the 133rd Space Shuttle Program mission and the 35th shuttle voyage to the International Space Station.