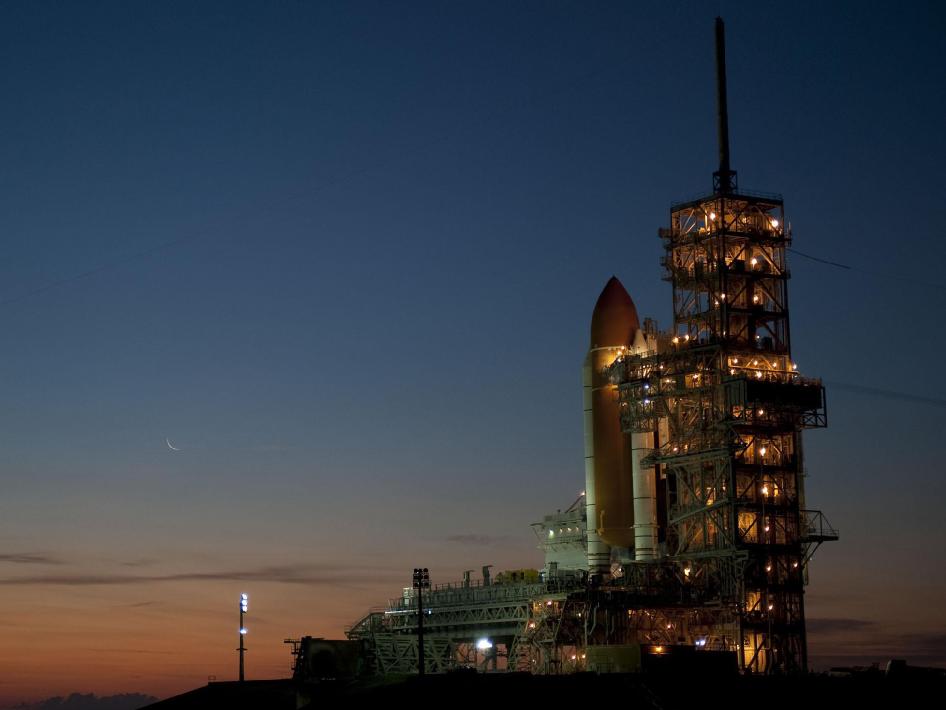 Discovery at the Pad

Dawn broke over the Atlantic Ocean near Launch Pad 39A at NASA's Kennedy Space Center in Florida to reveal space shuttle Discovery newly arrived for its upcoming launch in this image taken on Feb. 1, 2011.

Discovery began its 3.4-mile trip from the Vehicle Assembly Building at 7:58 p.m. EST Jan. 31, and was secured on the pad a little before 3 a.m. Feb. 1. Discovery is set to launch to the International Space Station on the STS-133 mission on Thursday, Feb. 24.