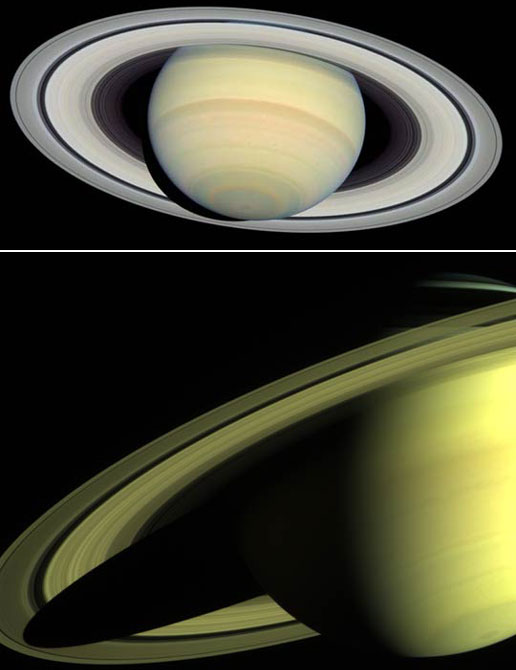 Saturn Seen from Near and Far

As Saturn grows closer through the eyes of the Cassini spacecraft, set for a July 1 arrival, both Cassini and the Earth-orbiting Hubble Space Telescope snapped spectacular pictures of the planet and its magnificent rings. For the first time, astronomers can compare views of equal-sharpness of Saturn from two very different perspectives.

The view from Hubble, top, taken on March 22, 2004, is so sharp that many individual Saturnian ringlets can be seen. When Cassini returned its picture of Saturn, bottom, on May 16, it was so close to the planet that the camera could not fit the whole planet in its field-of-view. Cassini is still about 12.4 million miles away and only 36 days from reaching Saturn.

The differences between the Hubble and Cassini images are mainly due to the different sets of filters used.