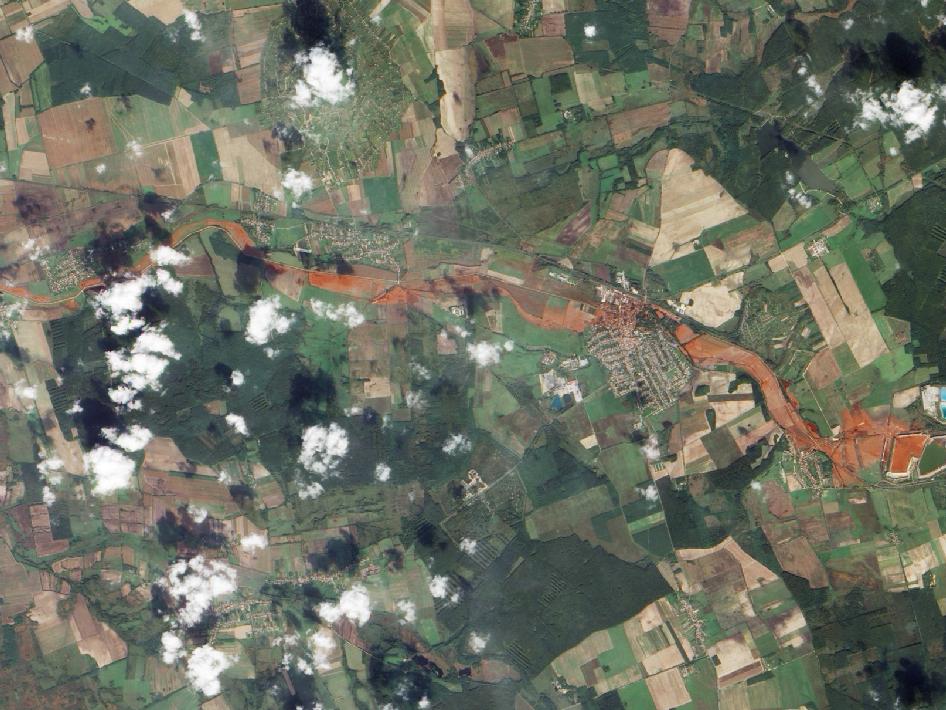 On Oct. 4, 2010, an accident occurred at the Ajkai Timföldgyar alumina (aluminum oxide) plant in western Hungary, when a corner wall of a waste-retaining pond broke, releasing a torrent of toxic red sludge down a local stream. Several nearby towns were inundated, including Kolontar and Devecser, where the sludge was up to 6.5 feet deep in places. Four people were killed immediately, several more were missing and dozens of residents were hospitalized for chemical burns.

On Oct. 9, 2010, the Advanced Land Imager on NASA’s Earth Observing-1 satellite captured this natural-color image of the area.