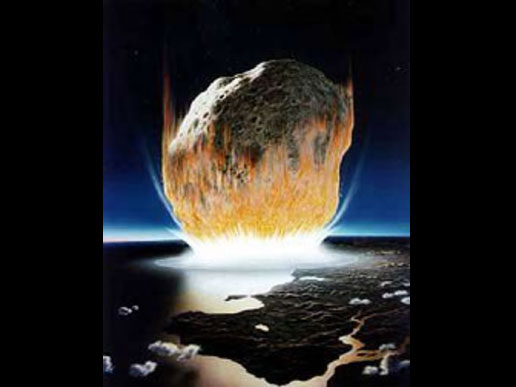 Signs of a Massive Impact

Research funded by NASA and the National Science Foundation has led to evidence of an impact crater believed to be associated with the "Great Dying," the largest extinction event in the history of life on Earth.

Scientist Luann Becker and her team found extensive evidence of a 125-mile-wide crater, called Bedout, off the northwestern coast of Australia. They found clues matched up with the Great Dying, about 250 million years ago. The impact, depicted above, wiped out 90 percent of marine and 80 percent of land life.